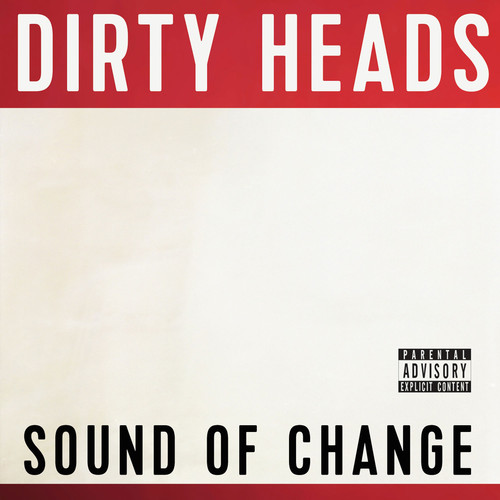 Aptly titled, Sound of Change finds the Cali reggae-rock-hip-hop crew Dirty Heads going more pop and electro, sounding like the children of 311 who encountered Muse and Coldplay much later in life. That's a compliment, as the artists who launched themselves as Sublime types are -- shockingly -- comfortable and inspired taking on Wyclef and will.i.am-sized numbers like "Burn Slow" with special guest Tech N9ne, while "Franco Eyed" with Cypress Hill member B Real is Smash Mouth for the legalization generation, coming on with bright beats, slick ska, and bong in hand. "Medusa" ("I get so stoned, like I checked out Medusa") with Ward 21 is a winning combination of dancehall, trap, and Lil Wayne-styled bragging, then the wistful keeper "My Sweet Summer" offers something sentimental, smooth, and post-vacation, a perfect soundtrack for the heartache that comes after spring break. A couple numbers cry out like Coldplay and overstate the stately, but these are only the weak moments by default, because Sound of Change is a transitional album where the highlights are numerous and the growing pains are few.