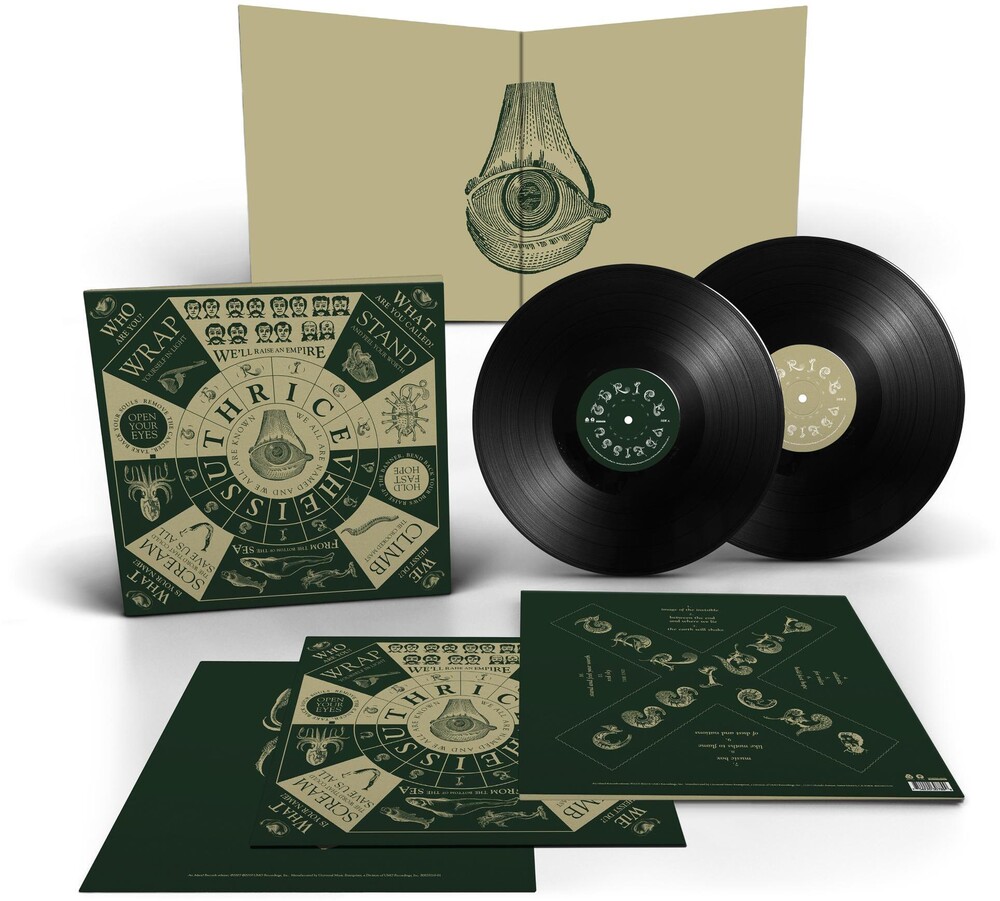 Deluxe 180gm vinyl LP pressing. Produced by Steve Osborne (Massive Attack, U2), Thrice's fourth album Vheissu marked a more experimental deviation from the band's post-hardcore roots. Largely seen as Thrice's finest moment, it climbed to No. 15 on the Billboard 200 and yielded the single "Image of the Invisible." "I think Vheissu is the Thrice record that I'm most proud of... ultimately, I think we made a record that has stood the test of time, is strong top-to-bottom, and has a few great songs that are still some of my favorites to play live ("The Earth Will Shake," "Of Dust And Nations," "Red Sky")," drummer Riley Breckenridge reflects. "Vheissu was a turning point for us," adds guitarist Teppei Teranishi. "I feel like we finally settled into our own as a band and everything that we've done since has hinged on the direction we found with this record."