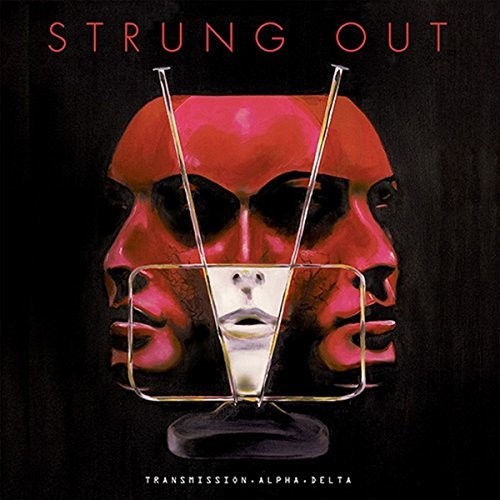 Transmission.Alpha.Delta is the latest blast from the undisputed champs of metal-laced punk-rock, Strung Out. True to form, the band continues to evolve their patented sound through 12 new tracks saturated with lightning fast riffs, clobbering rhythms, and fresh vocal melodies.

Transmission.Alpha.Delta perfectly tightropes between the catchy essence and energy of Strung Out’s early work and the darker, even more aggressive tenor of their later releases. In an effort to record their strongest album to date Strung Out teamed up with producer Kyle Black and labored for nearly a year in and out of the studio. The result of that effort is incredible. Every song on the album blends a massive charge of sound with numerous intricate elements that each jump right off the page. From the throttling pace of “Rats in the Walls” to the electrifying melody of “Nowheresville”, Transmission.Alpha.Delta never lets up. Of course, neither does the band. Strung Out is primed to unleash an all-out blitz on the US, Europe, and Australia with a slew of dates lined up throughout 2015.