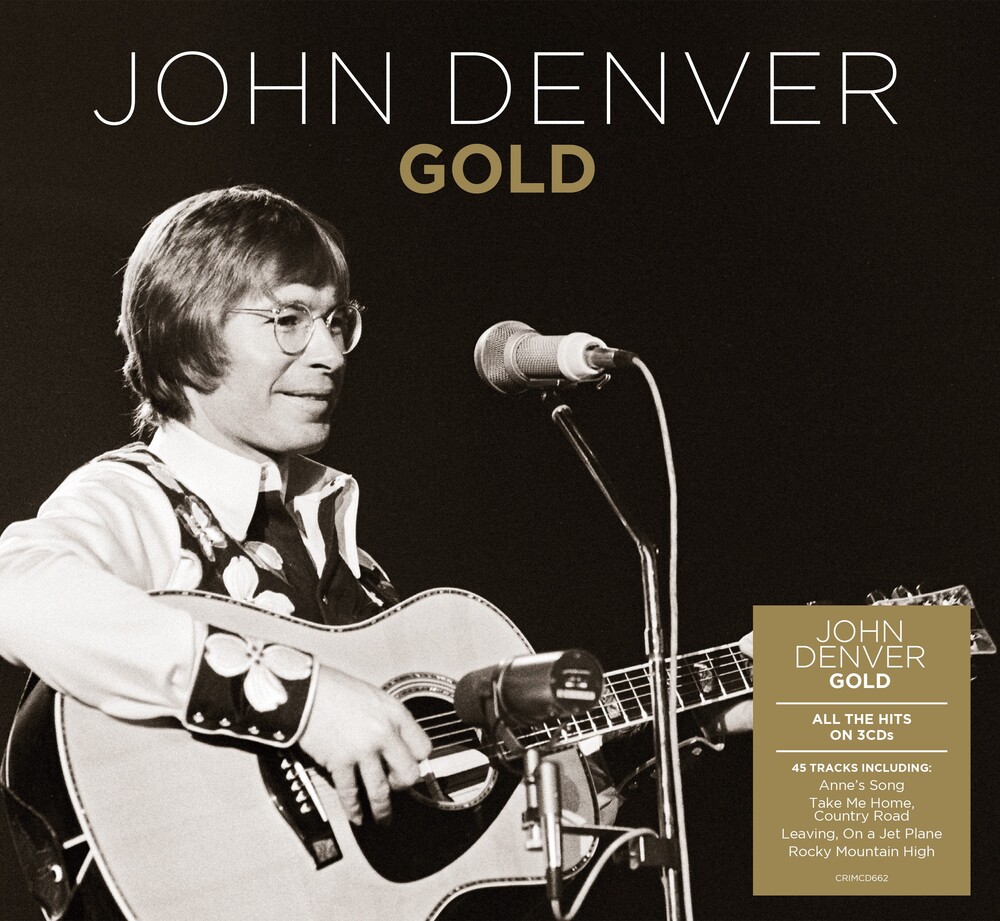 Three CD set. John Denver is the American singer, guitarist and songwriter who became one of the biggest-selling artists in the world in the 1970s. Success included 15 albums in the top 40 between 1971-1982, 11 Gold and five platinum albums. This definitive set features 45 tracks spanning Denver's entire career. CD One opens with several classics 'Take Me Home, Country Roads' which reached #2 in the US and 'Leaving' On A Jet Plane', written and performed by John Denver but became an international hit in 1969 by Peter, Paul and Mary. Other highlights include 'Rocky Mountain High', 'Mr Bojangles' and 'Goodbye Again'. CD Two opens with Denver's biggest UK hit 'Annie's Song' and U.S. #1s 'Sunshine On My Shoulders', 'Thank God I'm A Country Boy' and 'I'm Sorry'. CD Three rounds off the set with a selection of other classics such as 'Perhaps Love'.