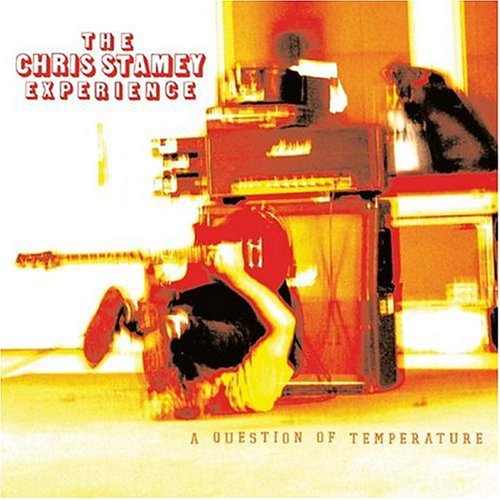 Stamey and company deliver an album that celebrates friendship, riffs, freedom of expression - political and otherwise - and the pure joy of finding just the right overdriven, stick-to-your-ribs guitar sounds. So give "A Question of Temperature" a listen. You'll be glad that Chris didn't wait another decade to release an album.

Chris Stamey is apparently serious about putting out records again. In 2004 the North Carolina production wizard and former dB's member released his first album in more than a decade; the sublime Travels in the South turned out to be one of the year's best. Less than seven months later, A Question of Temperature, another winning if not quite as superlative set, spotlights Stamey's estimable skills as craftsman and arranger.

Less deliberate and thought-out than its predecessor, Temperature was recorded in just three days last August with several friends, including members of Yo La Tengo and ex-Whiskeytown first lady Caitlin Cary. Stamey originals make up about half the album; the rest is comprised of covers, including a faithfully fuzzed-out version of the Yardbirds' "Shapes of Things," Cream's stomping "Politician," Television's gently melodic "Venus" (featuring inspired guitar interplay between Stamey and Yo La Tengo's Ira Kaplan) and the Eddie Harris/Les McCann garage-soul protest song "(Let's Make it Real) Compared to What," whose political message still rings true more than three decades after it was written. Yet Stamey's own pen yields plenty of memorable moments too, from the power pop of "The Summer Sun" to the guitar-drenched instrumental "Come On" to the cascading, nearly 11-minute epic "McCauley Street (Let's Go Downtown)."