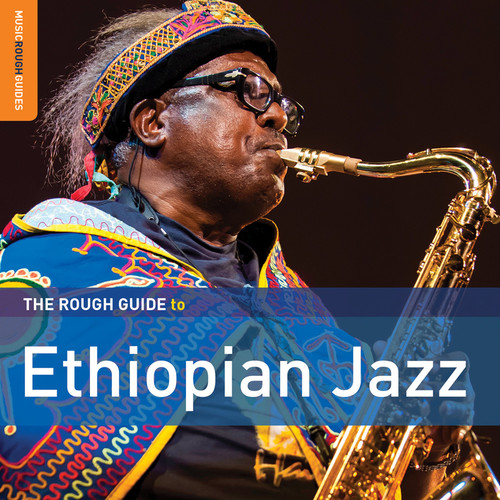 New Orleans is widely seen as the birthplace of jazz, where African slaves created groundbreaking music that fused elements from both Africa and Western traditions. By the twentieth century, jazz (and subsequent African-based musical forms including soul, funk, and Cuban rumba) travelled back across the Atlantic, first through recordings and later by artists on tour. There, African musicians immediately recognized the source roots, adapted some, altered others, and in the process, created entirely new musical forms. In Ethiopia, one of the first major musicians to lay the groundwork for Ethio-jazz was Nerses Nalbandian. His family escaped the Armenian genocide in Turkey, and settled in Ethiopia, where Nalbandi would become a band leader for many burgeoning Ethio-jazz musicians in the 1950s. Largely credited as being the greatest innovator of Ethio-jazz and exposing it to the world, Mulatu Astatke was born in 1943 in Jimma, Ethiopia. He travelled to Wales in the late 1950s to study engineering and to the chagrin of his parents, Astatke began to take an interest in music, first studying Western classical music before heading to Boston’s Berklee College of Music to formally study jazz. It was there where Astatke took the fusion of traditional Ethiopian folk music and American jazz to a new level. Astatke explained its roots to the BBC, ‘There are tribes in the south called the Derashe. They are surrounded by people who play five tone music but they have created a diminished 12-tone scale. Diminished scales are very important in jazz music especially for improvising. We learn how Charlie Parker came up with diminished scales as well as Claude Debussy and Bach. But always on my mind is the question of who were first with the scale, these people or the Derashe tribe?’ By the late 1960s, Astatke decided to return to Ethiopia in order to cultivate Ethio-jazz in his homeland. At first, his vibraphone-based folk-jazz was considered quite unorthodox. However, within years, it transformed the capital, which came to be known as ‘Swinging Addis’. The late 1960s and early 1970s were known as the ‘golden age’ in Addis Ababa, as countless jazz orchestras and ensembles thrived in the city, led by the innovations of Mulatu Astatke and saxophonist extraordinaire, Getatchew Mekuria. Addis Ababa was in full swing in 1973 when American jazz legend Duke Ellington came to town and performed together with Mulatu Astatke. Much of the Ethiopian jazz scene came crashing down the following year, in 1974, when a Soviet-backed military junta known as the Derg overthrew the government. The consequences of the coup and subsequent ‘Red Terror’ were profound. It left tens of thousands dead and military curfews virtually destroyed the thriving musical club scene. When the Soviet Union broke apart in 1991, the Derg lost its backing and was subsequently overthrown. That decade saw a rebirth in Ethiopia. The budding democracy quickly became a thriving home of musical creativity. Ethiopian Jazz hit new global audiences through CD releases that included the Ethiopiques series and several Rough Guide albums. Astatke’s captivating soundtrack to Jim Jarmusch’s film Broken Flowers in 2005 brought Ethio Jazz to even wider audiences. Today, Astatke is still active, and his creativity has inspired a new generation of artists in Ethiopia, Europe, North America and beyond.