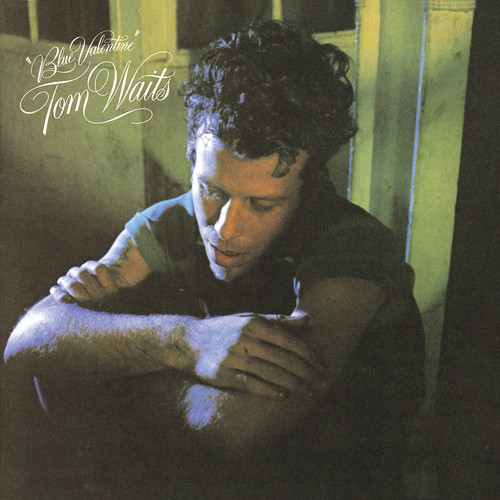 Digitally remastered edition. Blue Valentine is a big departure from earlier Waits albums. Trading the piano for the guitar, Waits is getting rawer and bluesier and title track is a great example of this. Waits is in transition here, so you also get a stunning orchestrated rendition of Gershwin's "Somewhere", and the beautiful piano ballad, "Kentucky Ave.", but you also get the juke joint swagger of "Romeo Is Bleeding" and "Whistlin' Past the Graveyard". This is also the record that contains one of Waits' most popular songs ever, "Christmas Card from A Hooker in Minneapolis". Tom Waits is a critically acclaimed singer-songwriter, musician, composer and actor. His deep distinctive gravelly voice was described by critic Daniel Durchholz as sounding as though "it was soaked in a vat of bourbon, left hanging in the smokehouse for a few months, and then taken outside and run over with a car". Waits has built up a distinctive musical persona with his trademark growl, his incorporation of pre-rock music styles such as blues, jazz, and vaudeville, and experimental tendencies verging on industrial music.