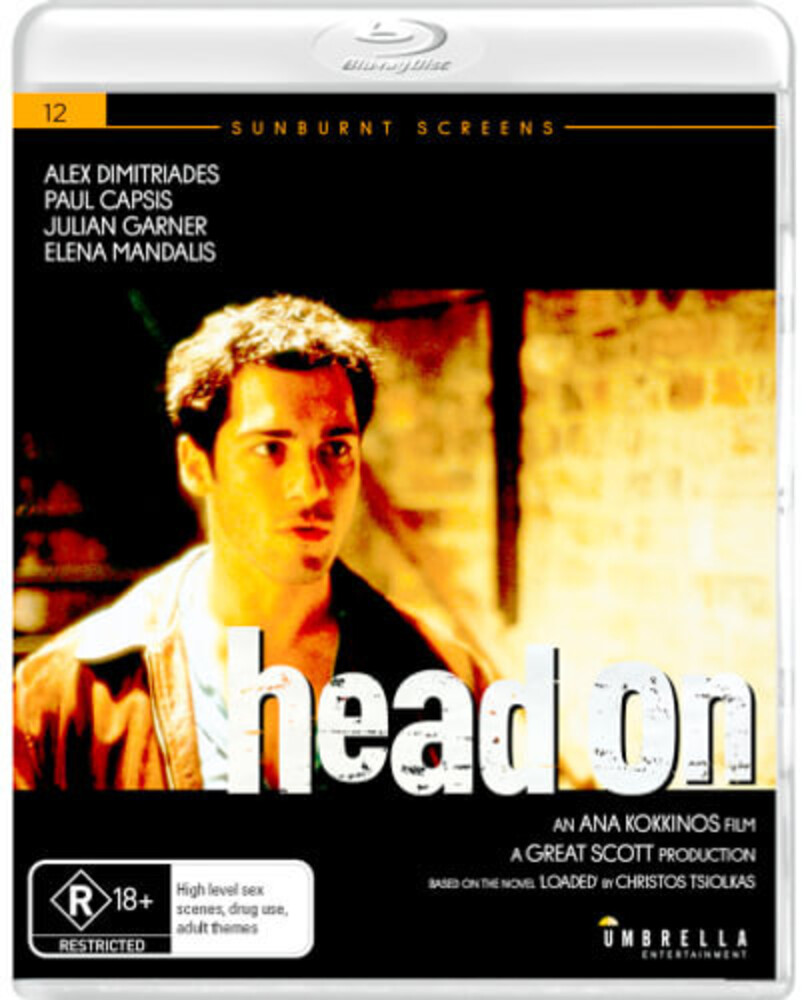 Head On [All-Region/1080p]
Artist: Head On
Format: Blu-Ray
New: Not in stock
Wish

Ari (Alex Dimitriades in a career-defining role) is a nineteen-year-old rebel who despises his Greek parents for falling victim to the strictures of tradition. Confused with his own part in the complex universe and unable to express his true feelings, Ari becomes obsessed with extremes of behaviour - gay sex, drugs, night-clubbing and a farrago of hedonistic activities. Wired and defiant, mixing pain and joy as one, Ari's destiny is aimed head on into one high velocity night of dancing, sex and drugs. Ana Kokkinos' bold and confronting adaptation of author Christos Tsiolkas' (THE SLAP) debut novel Loaded, Head On is a controversial drama about a young man coming to terms with his identity and rebelling against the constraints of family tradition in a roller coaster ride of emotion and turmoil. Nominated for 9 AFI Awards, including Best Film, Best Director (Ana Kokkinos), Best Actor (Alex Dimitriades), Actor in a Supporting Role (Paul Capsis) and Winner of Best Editing.Extras:AUDIO COMMENTARY WITH DIRECTOR ANNA KOKKINOS HEAD ON - SIX YEARS ON [HISTORICAL FEATURETTE] PAUL CAPSIS MUSIC VIDEO HEAD ON IN ATHENS BEHIND THE SCENES PHOTO GALLERY THEATRICAL TRAILER
back to top