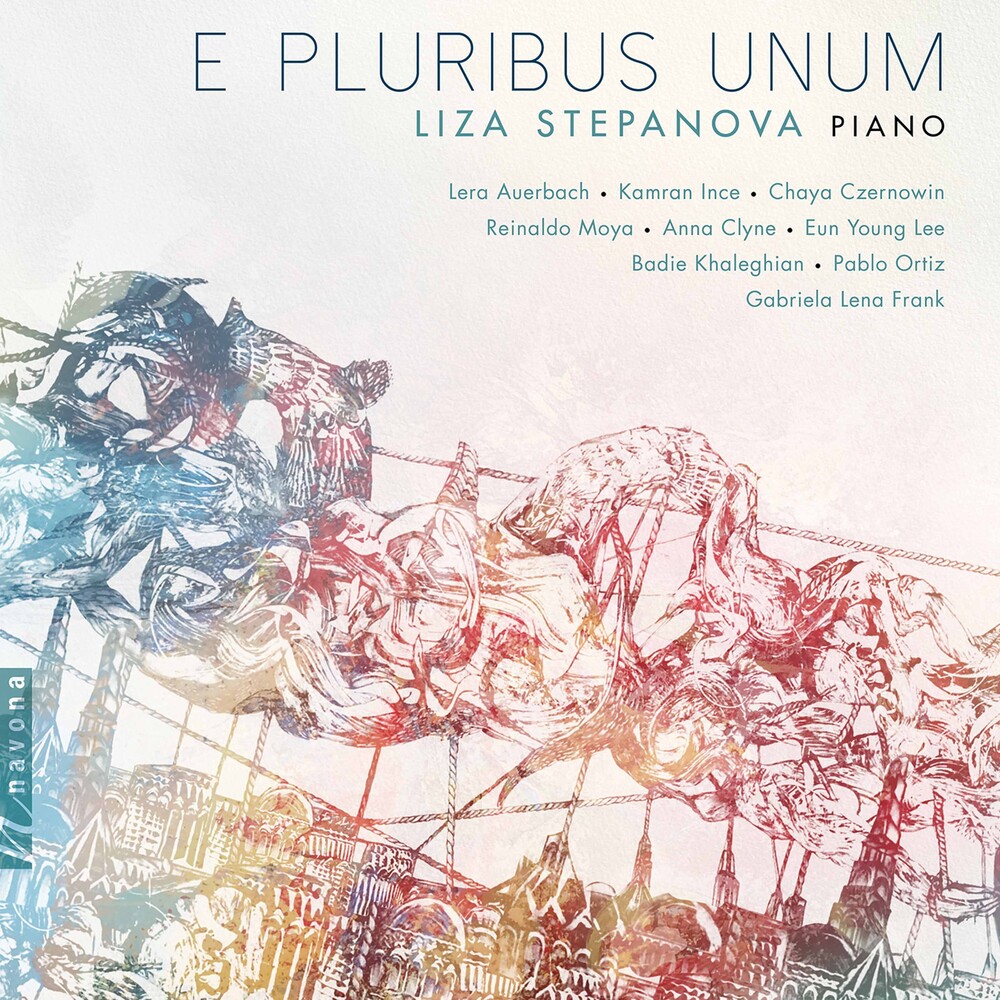 Navona Records presents E PLURIBUS UNUM, an album of solo piano works performed by internationally acclaimed pianist Liza Stepanova, praised by The New York Times for her "thoughtful musicality" and "fleet-fingered panache." It features recordings of eight renowned composers including Lera Auerbach, Anna Clyne, Gabriela Lena Frank, Kamran Ince, Pablo Ortiz, and world premiere recordings by Chaya Czernowin, Badie Khaleghan, and Eun Young Lee. Born out of the political climate of 2017, E PLURIBUS UNUM is an artistic response to the immigration policies implemented by the American government around that time. Stepanova devised a program featuring American composers with immigrant backgrounds, and by doing so she "offers a small glimpse of the immense contributions they make to American musical life." The colorful mosaic of E PLURIBUS UNUM does just that, in music that reflects the composers' roots and is an embodiment of the motto E Pluribus Unum - "Out of many, one." Some of the works address the urgency of historical, cultural, and political calls for justice. "La Bestia" and "Rain Outside the Church" from Venezuelan-American composer Reinaldo Moya's piano cycle The Way North, which "capture the emotional, physical, and psychological struggles of the unnamed narrator as he makes his way north in search of a better life," according to the composer. Iranian-American composer Badie Khaleghian offers Tahirih the Pure, inspired by the courage and strife of Tahirih, a prominent figure in 19th-century Middle Eastern history and Baha'i faith who believed in an adaptation of cultural ideologies that led her to fight for equality for the women of Persia. In E PLURIBUS UNUM, listeners encounter a confluence of voices, narratives, and ideals, realized by the sensitive and highly-capable hands of Liza Stepanova. Even now, three years after the project's inception, the message behind this album resounds.