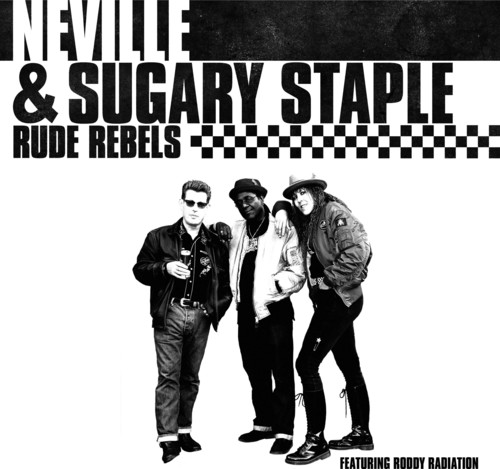 2018 release from legendary Specials and Fun Boy Three toaster Neville Staple and his partner in crime Sugary Staple as well as former Specials' guitarist Roddy Radiation Produced by Tom Lowry (The Specials), the album is a celebration of the band's love of ska, punk, rebel reggae, bluebeat and 2-Tone! The Staples are a permanent fixture of the widely regarded and enormously active ska scene in the UK where they perform regularly at both clubs and massive festivals. Neville was initially part of the Specials' reunion in 2008 but officially bowed out in 2012. Roddy Radiation followed suit in 2014.