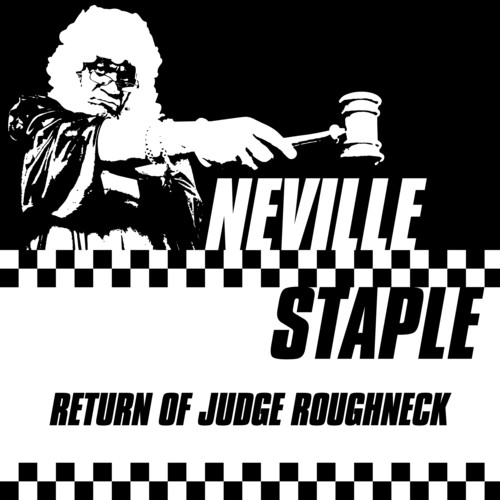 Double vinyl LP pressing. 2017 studio album from ska's reigning Rude Boy, Judge Roughneck himself, Neville Staple! Originally the toaster for UK superstars The Specials and then one-third of Fun Boy 3, Staple continues his critically acclaimed solo career with this album of new material plus several bonus dub mixes. Features guest appearances by former Geraldine Fibbers and The Jayhawks violinist Jessy Greene as well as producer Ed Rome. After his tenures with The Specials and FB3, Staple joined Ranking Roger from The Beat to form Special Beat in 1990, a revival group playing hits from both former two-tone bands. This was in response to the huge explosion of interest in ska in the United States, the so-called third wave of ska. Since then, he rejoined The Specials for a few reunion tours before returning to his solo career.