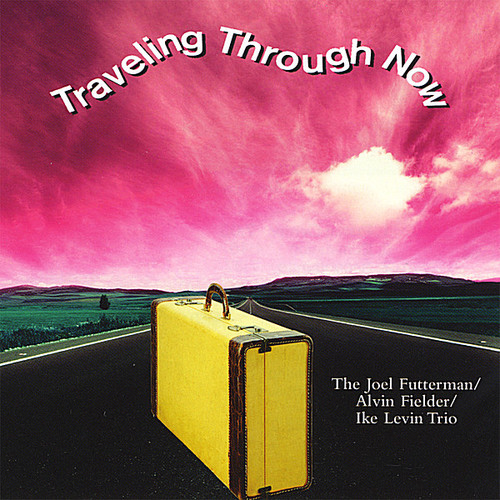 About the Musicians: Joel Futterman, Piano, Soprono Saxophone Pianist Joel Futterman known for his spirited, highly imaginative, and innovative piano technique is a veteran pioneer into the frontiers of spontaneous, improvised music. He is considered one of the foremost inventive and adventurous artists shaping the creative, progressive music scene today. His long association with Cecil Taylor's alto saxophonist Jimmy Lyons initiated him into the free jazz world and his journey has continued with collaborations with many of the leading innovators in modern jazz including Edward "Kidd" Jordan, Joseph Jarman, Richard Davis, William Parker, Al Fielder, Paul Murphy, Kash Killion, and Hal Russell. He has performed across North America and Europe including at such noted music festivals as the Visions Festival in New York, The New Orleans Jazz & Heritage Festival, Berlin Jazz Festival, and the North Sea Festival in Dennmark. He has compiled a discography of over 45 recordings. The Jazz Review referred to Futterman as "possessing unbounded creativity, intensity, and a keen intellect for unique forms of lyricism." Futterman is quick to point out that while the music is "free" it is never "random." Alvin Fielder, Drums & Percussion Al is an internationally recognized master percussionist and has been one of the true leaders in improvisational music for over four decades. While Al has performed with many noted be-bop and post-bop jazz artists, his passions have always moved more towards freer forms of jazz music. As he noted ""it's all about the musicians applying their listening skills to improvise with one another in the moment and keeping it fresh and new." In 1963 Al and several other Chicago based jazz musicians founded the Association for the Advancement of Creative Music (AACM) in Chicago. After over 45 years of performing professionally, Al still approaches each performance as a challenge and continually stretches himself and those he plays with to explore new territory and elevations. Al has compiled over 30 recordings with such noted artists as Roscoe Mitchell, Muhal Richard Abrams, Ahmed Abdullah, Sun Ra, Dennis Gonzalez, Joel Futterman, William Parker, Clifford Jordan, Wilbur Ware in addition to his work with this Trio. For a number of years, Al co-lead the Improvisational Arts Ensemble with Kidd Jordan. He has performed at festivals worldwide including Germany, Holland, France, Finland, and Italy. Downbeat accurately described Al as "a ball of polyrhythmic fire combined with a gentle presence with his expert brush work." Ike Levin, Tenor Saxophone, Bass Clarinet Ike is a Chicago reed player now residing in the San Francisco Bay area where he is active in the developing new music scene. He displays an aggressive, brawny approach to improvisation combining expressionistic blowing with more abstract melodicism. Levin's free improvisational talents are rooted in a reverence and appreciation for the blues, bebop, and contemporary chamber music. He studied with the legendary jazz saxophonist Joe Daley and Fred Anderson, co-founder of the Chicago based Association for The Advancement of Creative Music (AACM), as well as studied composition at Roosevelt University Music Conservatory in Chicago. In addition to his regular work with Joel Futterman and Al Fielder, Ike has performed around the U.S. and Canada with such noted creative musicians as Oluyemi Thomas & Igeoma Thomas and their creative poetry & jazz collective Positive Knowledge, Kash Killion, Randall Hunt, Reggie Nicholson, and Damon Smith, as well as master straight ahead players such as Von Freeman, Ira Sullivan, Wilbur Campbell, Ed Petersen, Yancy Taylor, Smiley Winters, Lester Cobb, and Robert Porter, Ike also leads his own small ensembles. Signal To Noise referred to Ike as one of the truly creative, yet unheralded horn players performing today."
This website uses cookies to personalize content and analyse traffic in order to offer you a better experience.
I accept Learn More
back to top