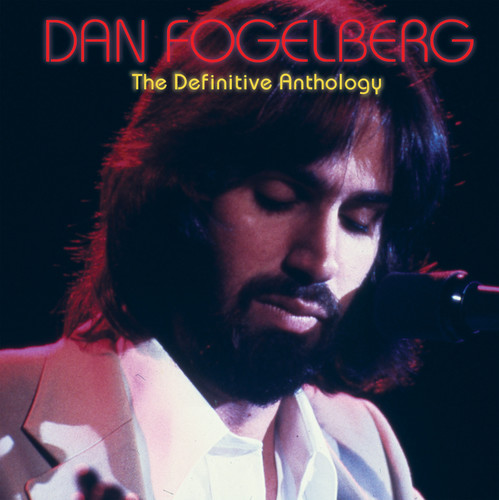 He's commonly thought of as the quintessential West Coast singer songwriter, but, as his celebrated collaborations with jazz flautist Tim Weisberg and soundtrack composer Domenic Frontiere demonstrate, the Peoria-born Dan Fogelberg had a restless artistic spirit that took him beyond the typical countryinfluenced, folk-rock sound of his contemporaries. And it is that constant thirst for experimentation and change that make this new 2-CD career-spanning retrospective such a great listen. From rockers like "Phoenix," "As the Raven Flies," and "The Power of Gold," to chart-topping, radio-friendly fare like "Longer," "Same Old Lang Syne," "Hard to Say," and "Leader of the Band," to more idiosyncratic offerings like "Tucson, Arizona (Gazette)" and "Heart Hotels," The Definitive Anthology cherry picks 28 tracks from ten of Fogelberg's studio releases plus two tracks ("Missing You" and "Make Love Stay") that first were released on his Greatest Hits album to form a full portrait of a multi-faceted, complex songwriter and musician. Bill Kopp's liner notes guide the listener through each album and track. Remastered by Vic Anesini at Battery Studios in New York!