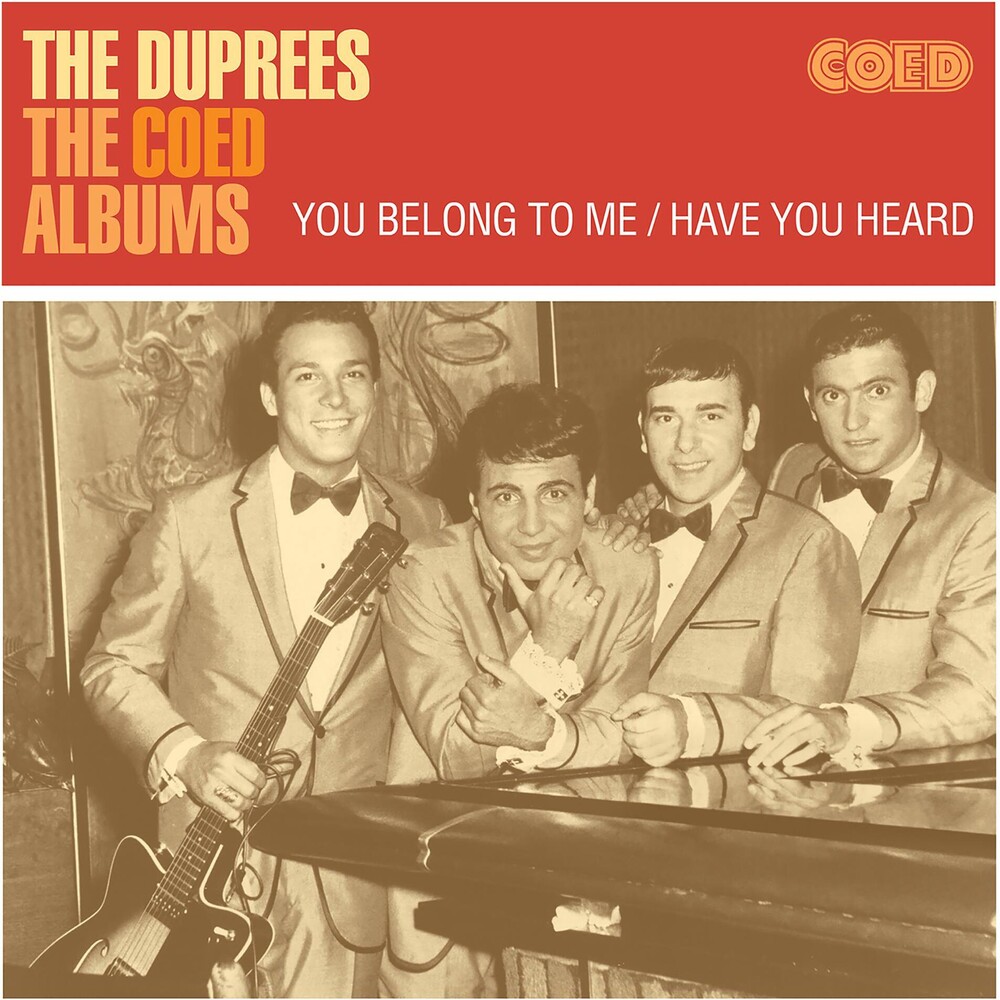 The Coed Albums: You Belong To Me / Have You Heard
Artist: Duprees
Format: CD
New: Available $19.98
Wish

Signed to Coed in 1962 from a demo tape left at the label, The Duprees, some of them still teenagers upon signing, combined the sounds of big band orchestrations with harmony-heavy vocals. Their remake of Jo Stafford's hit, "You Belong To Me" was a #7 hit for The Duprees in the summer of 1962. It was their Coed debut. They landed their second single, "My Own True Love" at #13, a song widely known as "Tara's Theme" from the film, Gone With The Wind. The chart hits kept coming through the fall of 1964 when lead vocalist Joey Vann departed in an attempt at a solo career. Coed issued his debut single. Though The Duprees carried on, signing to Columbia and Heritage, their heyday was at Coed. Omnivore is proud to present both of The Duprees Coed albums collected together.