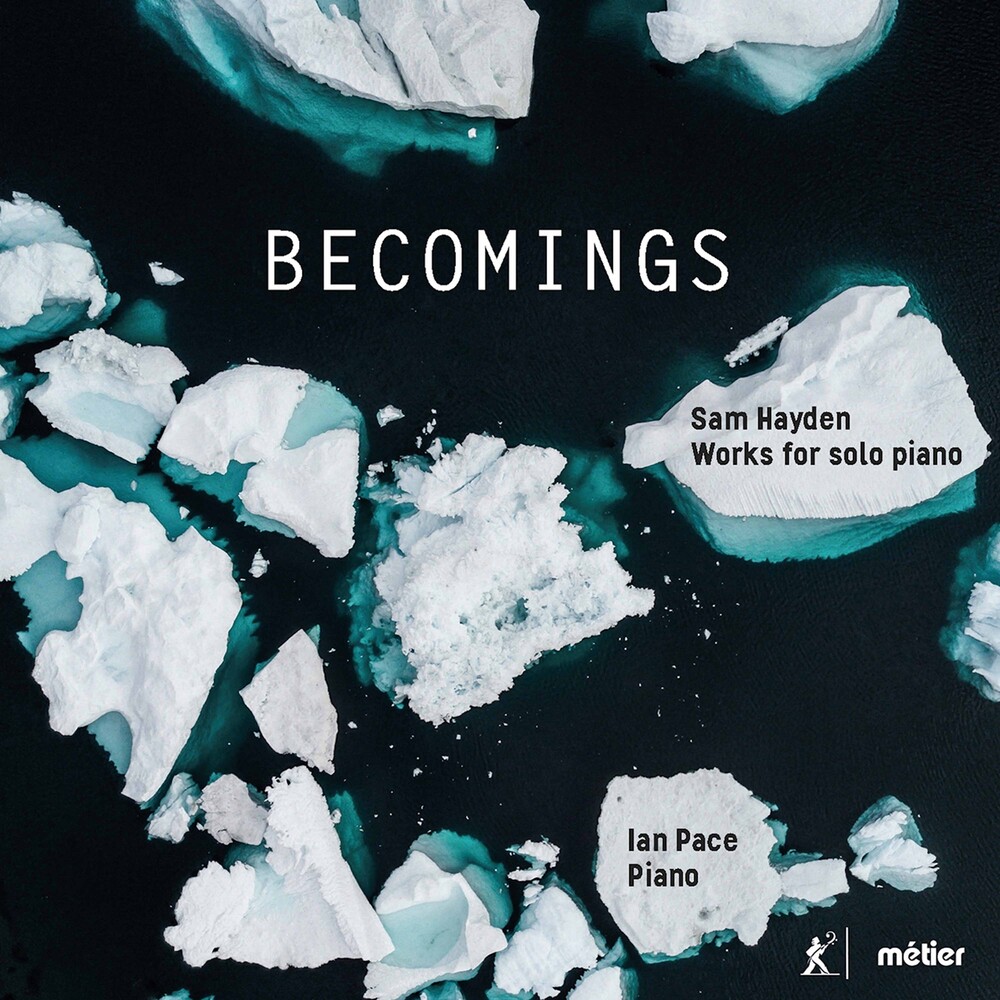 This album features the first ever recordings of Sam Hayden's complete music for solo piano, performed by contemporary music specialist and indefatigable champion of new music, Ian Pace, a pianist with a formidable reputation for mastering the most challenging of new repertoire. The centrepiece is Hayden's monumental 7-movement cycle, Becomings (Das Werden) I-VII (2016-18), the most recent work on the album and the most ambitious and demanding in terms of scale and sheer virtuosity. Becomings is accompanied by two shorter acoustic works,... still time... (1990) and Fragment (After Losses) (2003).. A different soundworld is provided by Piano Moves (1990) for amplified piano. His solo piano works have in common constant transformation, existing at the extremes of gesture, polyphony, density, register, dynamic range and textual juxtaposition, very much reflecting an aesthetic alignment with modernist traditions and very much at the cutting edge of the avant-garde, while retaining an open and interesting experience for even less adventurous listeners. Hayden has received commissions from many ensembles and the BBC and is Professor of Composition at Trinity Laban Conservatoire of Music and Dance. Ian Pace is a pianist of long-established reputation, specializing in the farthest reaches of musical modernism and transcendental virtuosity, as well as a writer and musicologist focusing on issues of performance, music and society. He has pursued an active international career, performing in 24 countries and at most major European venues and festivals. His vast repertoire, which extends to all periods, focuses particularly upon music of the 20th and 21st centuries. He has given world premieres of over 300 piano works and has recorded 34 albums. He is Head of Music at City University, London.