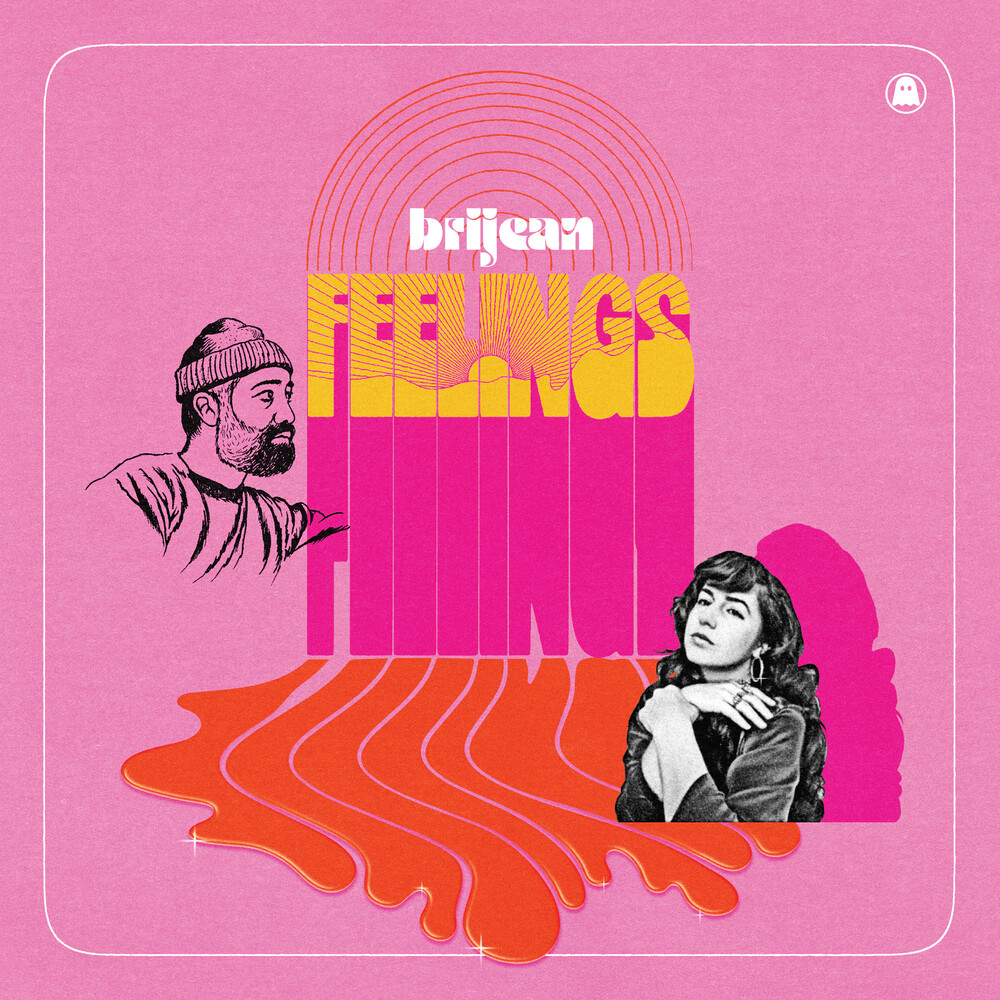 "Do you feel what I feel too?" Brijean Murphy floats the question at the start of Feelings, the full-length Ghostly International debut from Brijean, her collaborative project with Doug Stuart. Guided by a lush mix of charismatic keyboard chords, grooving bass lines, and radiant bongo-driven rhythms, the "Day Dreaming" lyric doubles as an invitation and a statement of intention. Brijean want you to move, physically, mentally, dimensionally; this is dance music for the mind, body, and soul. With Feelings, they've manifested a gentle collective space for respite, for self-reflection, for self-care, for uninhibited imagination and new possibilities. The album cultivates a specific vibe, a softness Murphy has come to call "romancing the psyche."Growing up in a family immersed in jazz, Latin and soul music, Murphy would become an accomplished DJ, session and live player in Oakland's diverse music scene and one of indie's most in-demand percussionists (Poolside, Toro y Moi, U.S. Girls). In 2018, she began recording songs with multi-instrumentalist and producer Doug Stuart, who shares a background in jazz and pop in bands such as Bells Atlas, Meernaa, and Luke Temple. Following their first sessions, which resulted in the mini-album Walkie Talkie (released in 2019 on Native Cat Recordings), the duo continued freeform hangs in Oakland, inviting friends Chaz Bear, Tony Peppers, and Hamir Atwal. "We improvised on different feels for hours," says Murphy. "Nothing quite developed at first but we had seeds. We re-opened the sessions a couple months later, after returning from tours, and spent a month developing the songs in a little 400 square foot cottage." The leap from Walkie Talkie to Feelings is marked by a notable expanse in range and energy. Brijean's signature sound - a golden-hued dream pop tropicalia of dazzling beats and honeyed vocals - elevates with the addition of live drummers, strings, and synths. The album also finds Murphy fully trusting in her strengths, not just as a percussionist, but as a songwriter and collaborator. "I think in valuing myself as elemental, and not an "aux" percussionist, encouraged me to make this project, with the undoubted support and talents of Doug Stuart, and has also encouraged me to collaborate with many different people." Aforementioned album opener "Day Dreaming" is a dynamic celebration of newness: the excitement in finding deeper understandings of yourself as you get to know someone, something, or somewhere new. "Wifi Beach" drops a pin in pure psych-pop exotica. With Atwal on drums, Stuart on bass, Peppers on keys, and Bear engineering, the group improvised the track's intro sequence based on the vision of a lavish 1970s pool party. Establishing the scene is a mid-frequency drum kit disco shuffle augmented by tight congas and timbale effect, as Murphy sings in spurts: "I want to be / Deep in love / I want to be / Say you love me too / I want to be / Honey." The stanzas cut between "reflective moments of wants and being overwhelmed by feelings of the present," she explains. "A lot of the 'love songs' I write are to my psyche, self-reflections on how to encourage tender perspectives and make more time for the sweet stuff."Though there is a loose, dance-oriented motif throughout, the material gives way to somnolent turns. On "Ocean," Brijean's anodyne lyrics, reminiscent of Astrud Gilberto's airy croon, float atop a brushed drum pattern, sparkling rhodes lines, and pittering and softly funky woodblock bops. The opening line sets up the rest, "In this gentle space we lay" - among the album's propensity for movement, tracks like "Ocean" stand out by leaning back for momentary sways of blissful introspection. Murphy calls the charming "Hey Boy" a "psychedelic guide - the exploration of finding what feels good - through sorrow, anxiety, apathy." This mentality applies to Feelings on the whole: in these nebulous and verdant worlds of hazy melodies, feathery hooks, and percussive details, the songs simply want us to feel alive. They radiate in wonderful abandon and with a sense of devotion to the self.