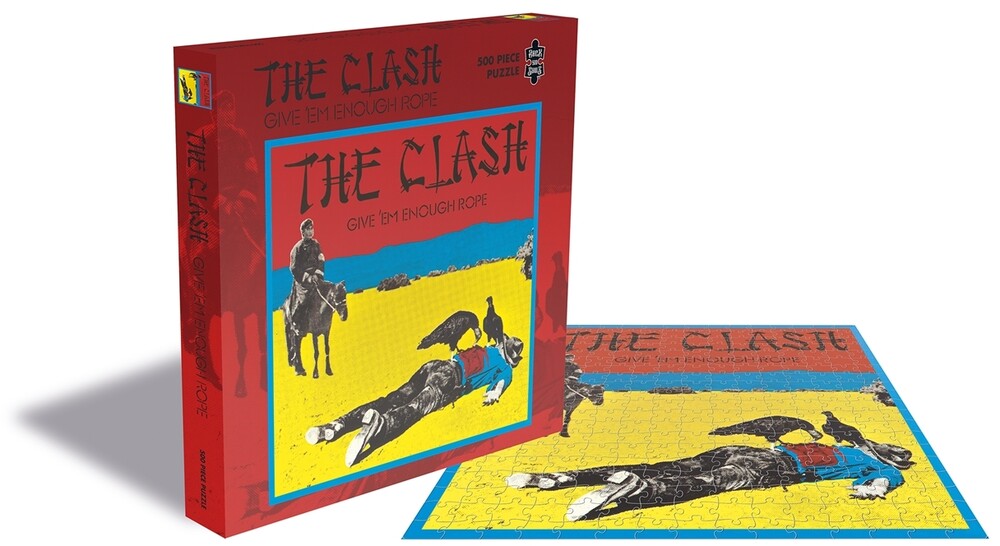 "Give 'Em Enough Rope" is the second studio album by the English punk rock band The Clash. It was released on 10 November 1978 through CBS Records. It was their first album released in the United States, preceding the U.S. version of the self-titled album. The album was well received by critics and fans, peaking at number two in the United Kingdom Albums Chart and number 128 in the Billboard 200. The album marked the first album appearance of drummer Topper Headon, who joined the band shortly after recording their first album. The album's cover art was designed by Gene Greif, the front of which was based on a postcard titled "End of the Trail", photographed by Adrian Atwater and featuring Wallace Irving Robertson. This legendary artwork has now been captured for the next Rock Saw jigsaw puzzle on the highest quality board.500 pieces, Weight: 490g, Jigsaw size: 41 cm x 41 cm, Box size: 30.9cm x 30.9cm x 2.8cm