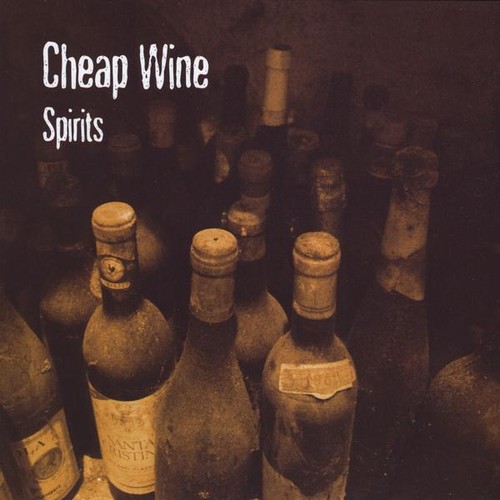 Restless spirits, spirits of alcohol. Doubt, uncertainty, unpredictable fate, ephemeral: the disarming feeling that we haven't any reference point and we go on by inertia with a hood of loss and futility that permeates every gesture, because - as Bob Dylan says in 'Man In The Long Black Coat' - «People don't live or die, people just float». The roads are different in everyone's path and not all of them lead to the same destination. The traveling companions are accidental and fleeting: alcohol, isolation, escape from reality, love, meditation, anger, illusion, rebellion, memory. The attempt at redemption is represented on this album by two real characters: the heroism, foolhardiness and grimace of the young Italian partisan Silvio Corbari ("A Pig On A?Lead") and the paintings of Henri de Toulouse Lautrec ("La Buveuse"), a troublesome artist who was denigrated and marginalized by his contemporaries for representing without sweetening the dregs of his time. His paintings portrayed the strays, the down and outs, the prostitutes and the frequenters of brothels without moral or social criticism. Toulouse Lautrec used sarcasm and cynicism to confront the conformism and conventions. Silvio Corbari was 20 years old and he had a talent for acting and disguise: he formed a band of partisans that inflicted hard shots to the nazi-fascist troops. In 1943 the little town of Tredozio was occupied by a large contingent of fascist militias and Corbari did not have sufficient forces for an attack. He scornfully told the garrison commander that the next day he would fight them in town. So the fascists prepared to fight with a lot of guns but in that day they saw a ragged old man entering Tredozio with a pig on a lead. The rest of the story is described in the text of the song "A Pig On A Lead". "La Buveuse" portrayed by Toulouse Lautrec is the model Suzanne Valadon, stage name of Marie-Clementine Valade, herself a painter and mother of Maurice Utrillo. But Toulouse Lautrec, in his paintings, is inspired by far more tragic female figures, such as Jane Avril, dancer, singer and actress in Paris: her luck began at the Moulin Rouge, where she performed under the name of Mélinite. Vedette of the best night clubs of the French capital, she reached the height of success at the Jardin de Paris and at the Folies Bergére between 1890 and 1894. Since 1926, left penniless on the death of her husband, she spent the last years of her life in a thousand hardships, drowning her memories in the absynth and ending her miserable existence within the walls of a poorhouse.