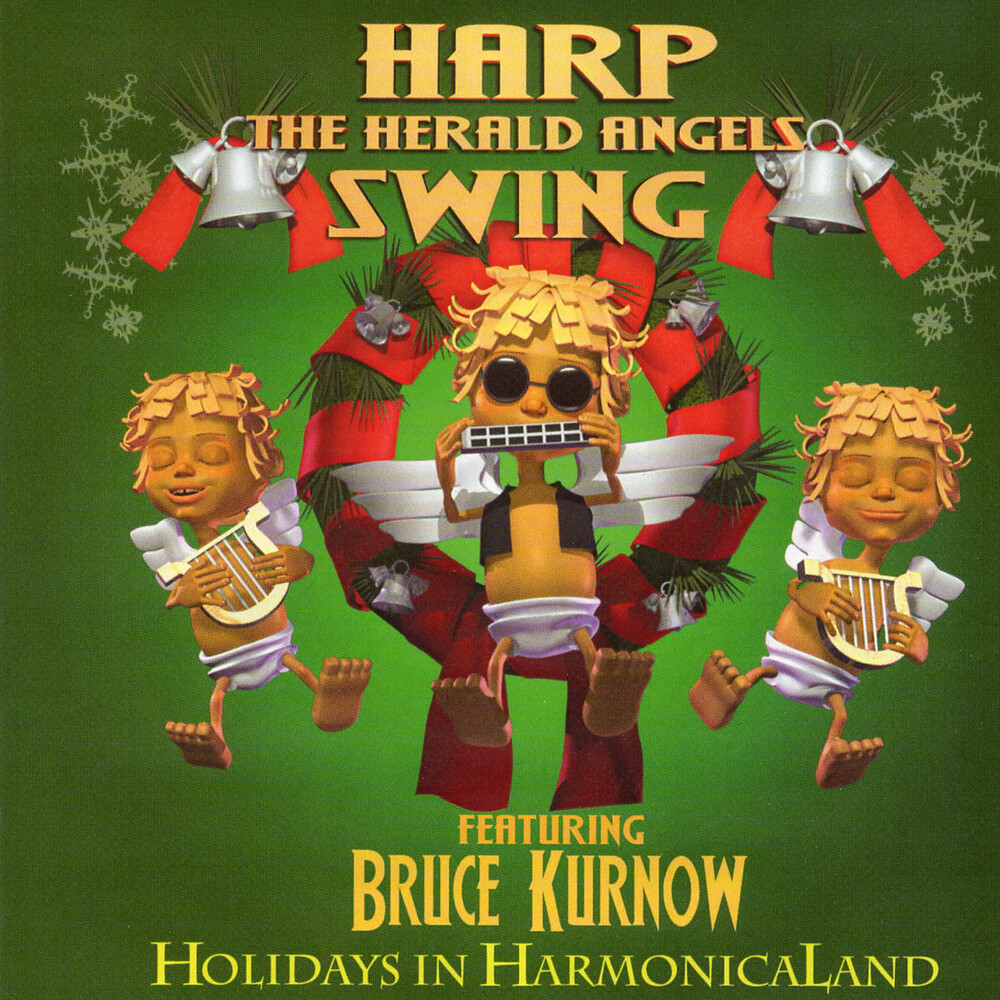 A swinging harmonica themed approach to fifteen Holiday favorites. Featuring Bruce Kurnow on Diatonic, chromatic, echo and bass harmonicas. Also on harmonetta & keyboards. REVIEW:'It's no joke. You get to hear 'Carol of the Bells' done in hard-blues, harmonica style. " He knows every harmonica style there is, and can play the dirty blues, too. I can't wait to play it on the air. This is the kind of thing that makes the phones light up. Light up just like a Christmas tree. 'Gerry Grzyb (Dr. Christmas)Appleton, WI Post-CrescentBIOGRAPHY:Bruce Kurnow is a multi-instrumentalist and vocalist who plays keyboards, stringed harp, harmonica and guzheng (Chinese harp). His recording, Harmonicaland, was nominated for Best Solo Instrumental Album of 2004 by Just Plain Folks and he has been recognized with four Minnesota Music Awards and an induction into the Mid-America Music Hall of Fame. His combined sales of over 50 recordings total more than 1,000,000 copies. Bruce was a member of the pioneering country-rock group Mason Proffit, performing in over 300 cities per year and recording with the group from 1971-1974 on Warner Bros. Records. During that time he was thrilled to be invited to perform with Muddy Waters and John Lee Hooker. Since then he has been in demand as a studio musician, playing on hundreds of commercials, albums and film scores. As a soloist Bruce performs as a singer/songwriter and also showcases his unique simultaneous combination of stringed harp and harmonica. After more than 50 years as a professional musician, Bruce still enjoys composing and recording, and has plans to release additional titles in the near future. For more information and discography please visit: www. Brucekurnow. com