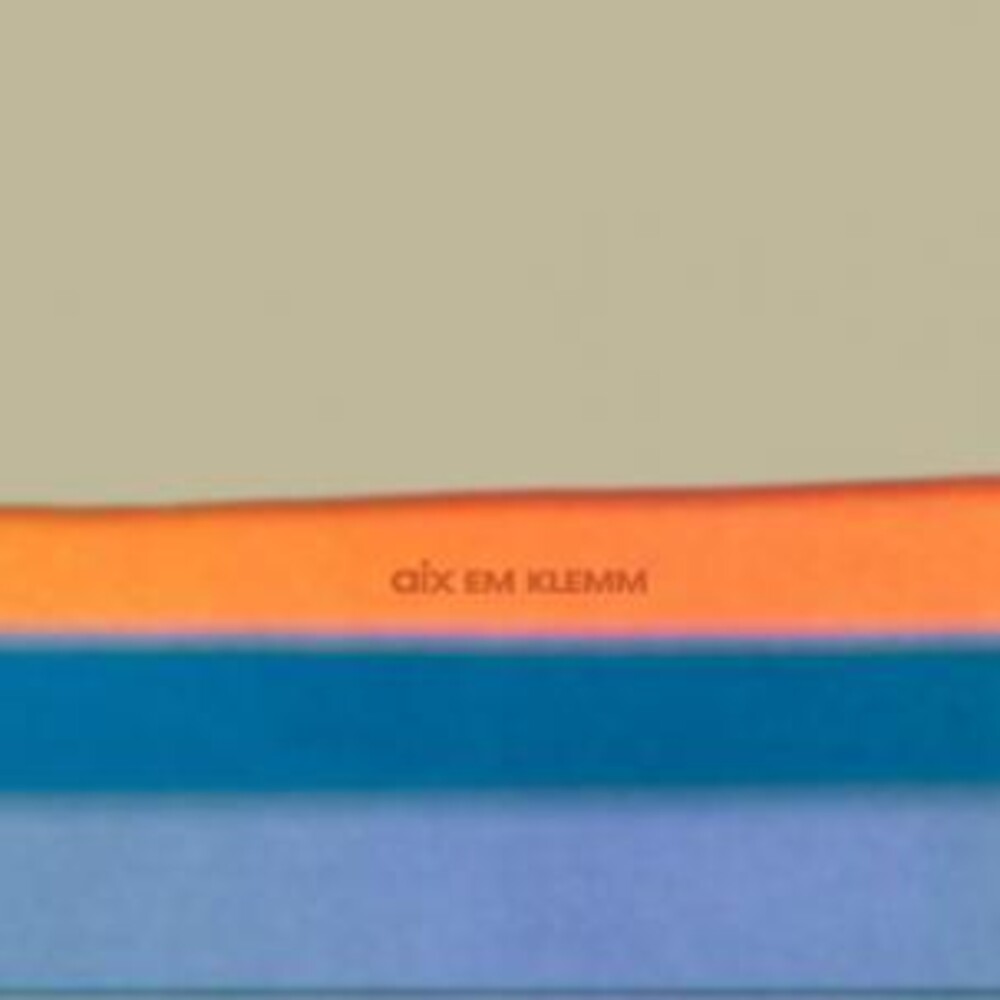 Aix Em Klemm is the moniker of the ambient music project consisting of Adam Wiltzie (Stars Of The Lid / A Winged Victory For The Sullen) and Robert Donne (Labradford / Anjou). As Wiltzie told Sadness Is In The Sky fanzine, his collaboration with Donne began when "we all met during a Texas swing of a Labradford tour that Stars Of The Lid opened for back in 1996. They stayed at my house for a few days and we became close."A year later Wiltzie was asked to join Labradford for their Mi Media Naranja European tour of 1997 as the sound technician. This tour also included Bruce Gilbert of the legendary band Wire who was the opening act and joined them in the van for the entire tour. With Gilbert's nightly improvisations of minidisk field recording explosions running through a Sherman Filterbank, it left a profound effect on Wiltzie and Donne, and led to inspiring internal philosophical discussions on the importance of improvisation. After concluding six weeks in the van, the idea of creating a unique collaboration separate from their other projects was realized. The duo exchanged tapes over the course of a year and then Donne ventured to Austin, TX for a week to record at Wiltzie's home studio in 1999. The in-person collaboration moved much more quickly than the exchange of tracks by mail. One track on the Aix Em Klemm album, "Sparkwood And Twenty-One", was written and recorded in one day. The duo took the mysterious name Aix Em Klemm and the self-titled debut was released in the autumn of 2000.As of late, Wiltzie lives in Brussels, and Donne joined Stars Of The Lid on their last tour of Europe in 2016 playing modular synth. They still collaborate musically so new Aix Em Klemm recordings remain a possibility."The two extracted some morsels of sound from their respective group's structures and constructed an altogether different and Zarathrustian 'building of sound'-one that combines the haunting spirits of the old with the mystique of the new unknown." -Tape Op