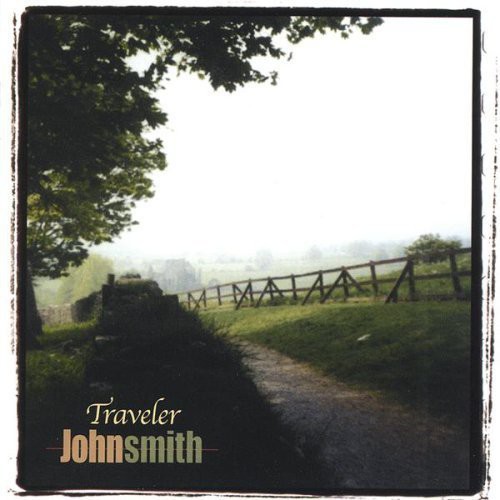 John's newest CD, 'Traveler,' is an amazing blend of his dependably sweet songs and heartfelt stories with a new Celtic twist. John's ancestral visit to Ireland has imbued a lovely greenery into his passionate tales of life and love. Recorded in Asheville, North Carolina and co-produced by Johnsmith with Chris Rosser, it includes some songs co-written with Tom Kimmel and Pierce Pettis. ----------- 'I want to live my life like I mean it,' says singer/songwriter Johnsmith who has distilled his commitment to writing and performing songs that matter...songs that speak to the heart. In these times when so much popular music is a transient experience, John's songs plant their roots deep in the soul. He focuses on the things that make up the big picture for us all - in his words, 'family, parents, children, relationships and the spiritual.' The sound of his voice is warm and friendly, and his gift for incisive musical storytelling can move listeners to both tears and laughter. Johnsmith was winner of the prestigious Kerrville New Folk Award and a perennial finalist at Telluride's Troubadour competition. ------------ 'When I first heard John Smith my attention was captured by his sweet, earthy voice and fine craftsmanship, but what drew me in was his heart. It's clear that he's lived the pain in his songs and that his optimism is hope born of wisdom. That's a rare thing and a gift to all who hear him.' Tom Kimmel ------------ 'John Smith's songs always move me. They make me laugh, cry, dance or just sing along. He is one of the most consistent writers of quality songs that I've ever met.' Lydia Hutchinson, The Performing Songwriter ------------- 'I don't know who this Johnsmith guy is. But after his album crossed my desk I feel like I do. His heartfelt, well-written songs casually slipped into my CD player and didn't want to leave...I do know this about Johnsmith...he's a guy who's made a great DIY disc, and whose songs deserve to find a wider audience through (and because of) it.' John Porter, The Performing Songwriter ------------.