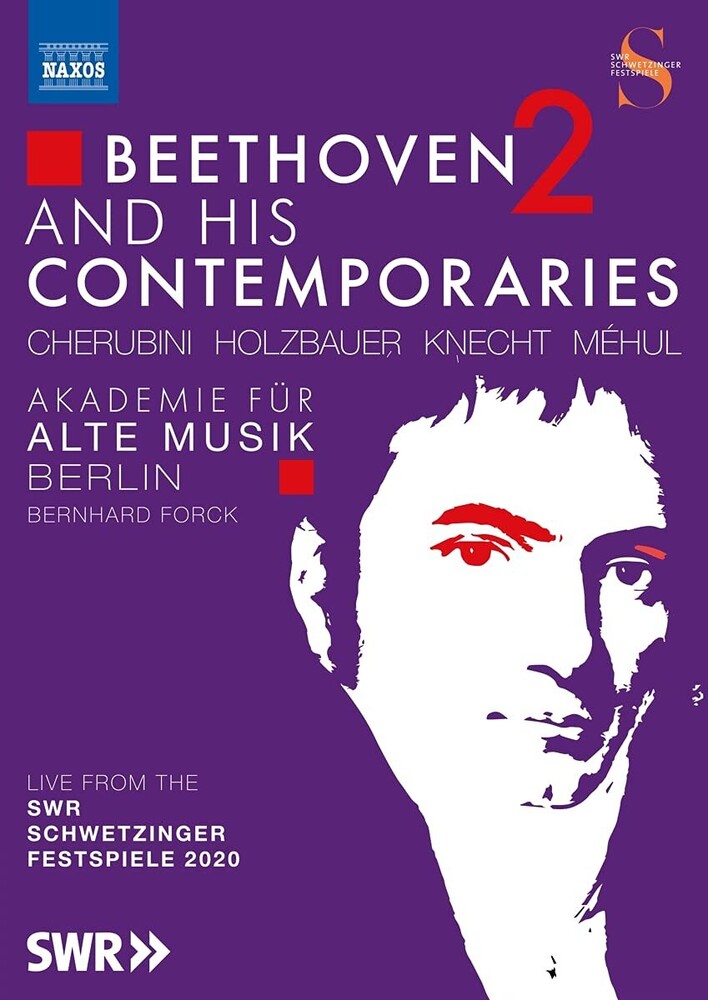 The award-winning Akademie fĂĽr Alte Musik Berlin has become one of the world's leading chamber orchestras on period instruments. These concerts reveal some of the foundations of Beethoven's genius, and capture vital performances from the 2020 SWR Schwetzingen Festival, the biggest radio festival for classical music in the world. Robert Schumann pointed out similarities between MĂ©hul's First Symphony and Beethoven's Fifth, and these third and fourth concerts in the cycle also include a tempest by Holzbauer that precedes Beethoven's by half a century, plus the little-known Le portrait musical de la nature by Justin Heinrich Knecht, a work that also anticipates Beethoven's 'Pastoral' Symphony. The first and second concerts are also available on Naxos.
back to top