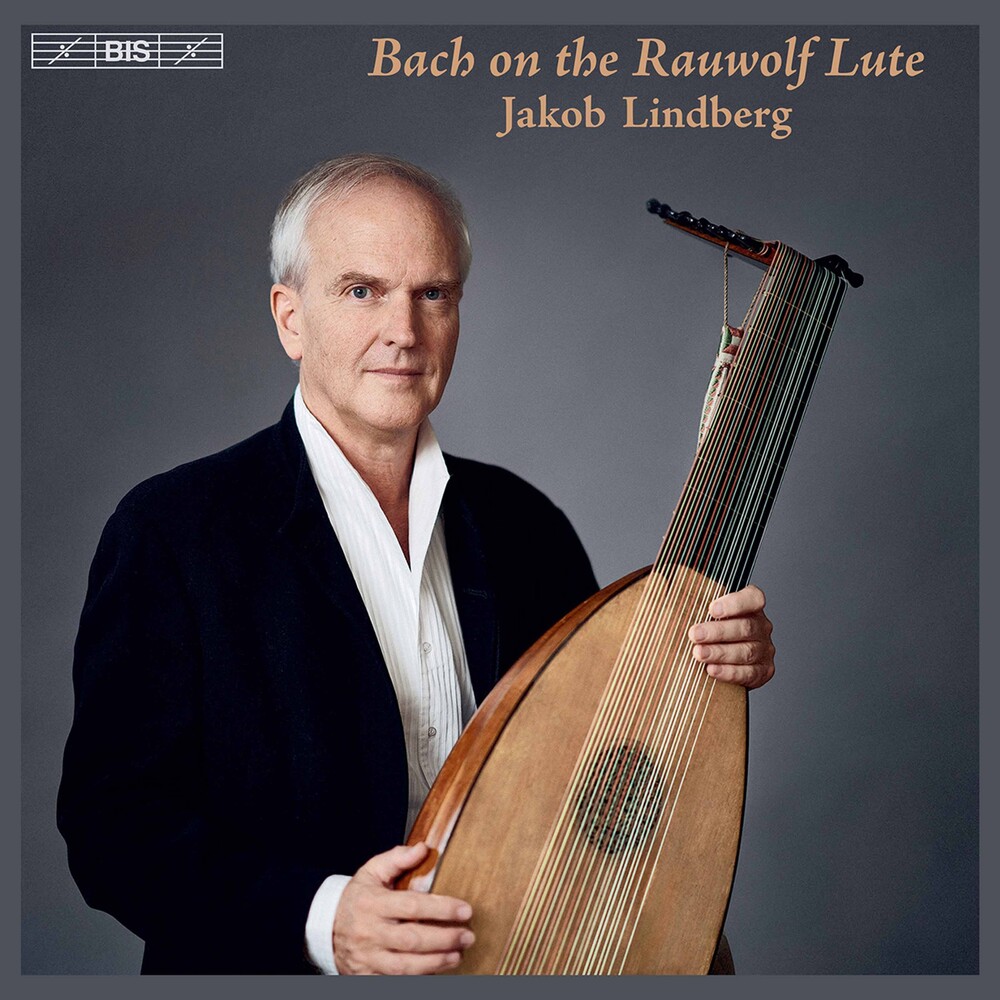 Bach was renowned as a keyboard player as well as being an accomplished violinist, but as far as we know he didn't play the lute. He seems to have been fascinated by the instrument's special sound qualities, however, and was clearly inspired by the possibilities of the Lautenwerk. This was a gut-strung harpsichord designed to imitate the sound of the lute and at least some of the works usually referred to as 'the Bach Lute Suites' were probably composed for this instrument. Jakob Lindberg recorded the complete suites in 1992. Returning to the composer almost three decades later, he does so in the company of his Rauwolf lute, an instrument built in Augsburg around 1590 and 'modernized' in 1715, during Bach's lifetime. But this time, only two of the works belong to the standard lute repertoire - the Prelude BWV 999 and the Suite BWV 1006a, which in fact is the composer's own arrangement of his Partita No. 3 for solo violin. For the remaining works on the disc Lindberg has taken the cue from Bach, making arrangements of Cello Suite No.1 and Sonata No. 1 for solo violin in full. He has also chosen individual movements from other solo works, including the highly complex fugue from Sonata No. 3 for solo violin. The amply filled album (88 minutes!) closes with the iconic Chaconne from Partita No. 2 in D minor.
back to top