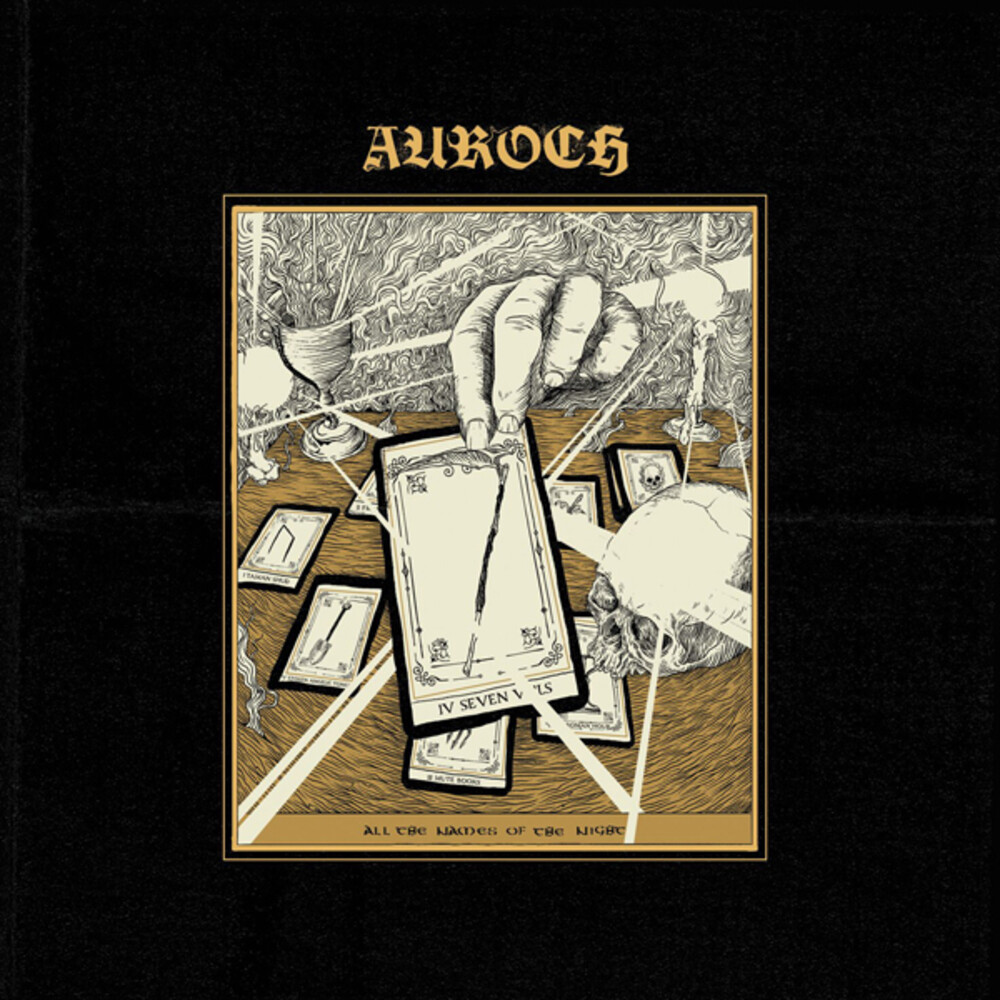 All The Names Of The Night
Artist: Auroch
Format: CD
New: Available 18.98
Wish

Vancouver's Auroch return with new music for the first time in nearly four years. The new mini-album Stolen Angelic Tongues draws upon the magical and spiritual traditions of South America and the Caribbean as their histories, past and present, represent a microcosm of the great spiritual rebellion that has been the band's inspiration throughout it's singular discography.An ever-evolving beast of the deep, here Auroch conjure vicious black / death spells of occult necromancy and technical sorcery, making manifest a dark vision of obscure magic. Returning to the fold is original vocalist Culain who here summons demons of the abyssic fire with savage equanimity. Joining with their Covenant Circle brethren in Night Profound and Aos Si, eerie ambient recordings bookend the concept piece to dramatic effect.The CD version of the release, re-titled All The Names Of Night not only includes the Stolen Angelic Tongues mini-album, but compiles three additional tracks from the earlier age of Auroch, including their Seven Veils EP tracks and their contribution to the split with Mitochondrion, representing an evolutionary document of the bands trajectory through it's first phase.