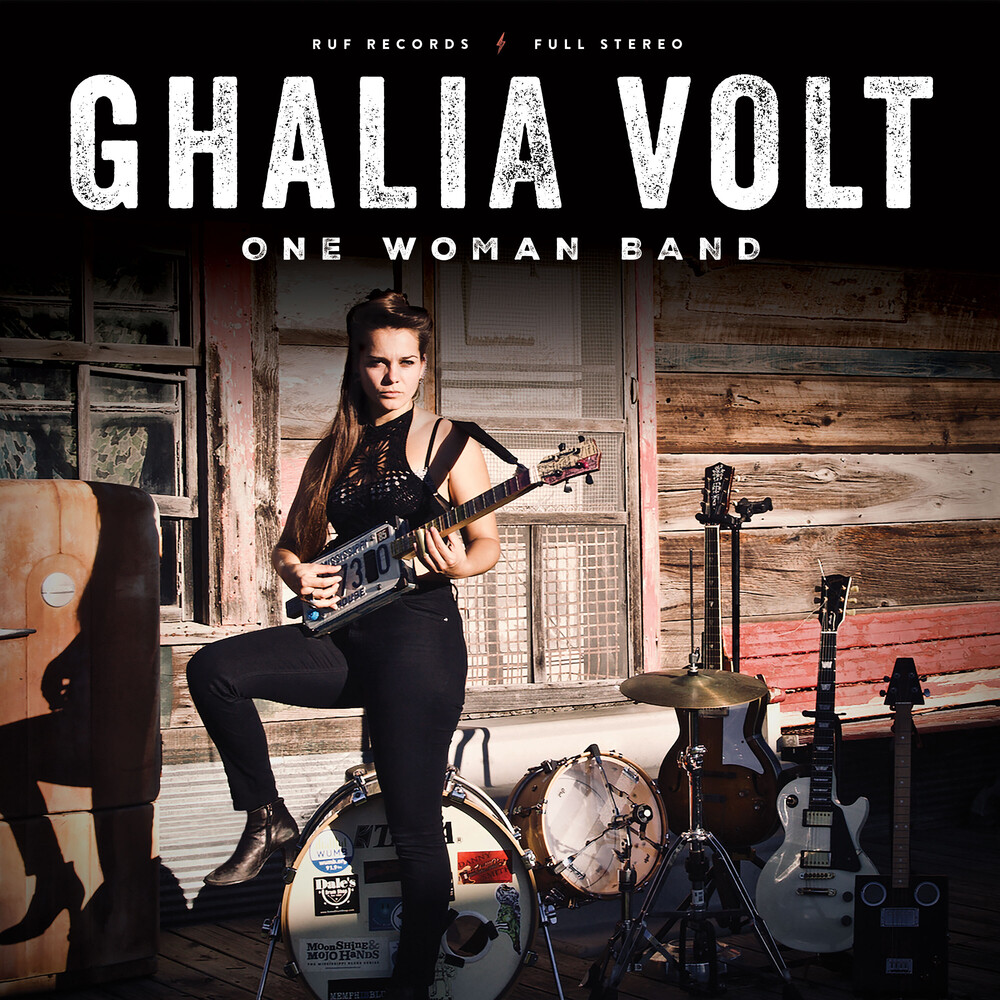 Never underestimate the power of a woman with her back to the wall. In March 2020, as Covid blew across the planet, the shutters came down on live venues and recording studios, and the music scene fell suddenly silent, Ghalia Volt faced the same dilemma as every other artist. What now? The answer was One Woman Band.For Volt, the rebirth as a solo performer wasn't a decision made lightly. Since the early days, she's been a musician who thrives on the buzz of the hook-up, surrounding herself with the best players and soaking up their vibe. Back in 2017, it was the Belgium-born songwriter's taste for collaboration that led her to New Orleans, for the meeting with local blues legends Mama's Boys that became her smash-hit debut album, Let The Demons Out. Two years later, it was that same spirit that lured Volt to the fabled hill country of Coldwater, Mississippi, to hold her own at second-album sessions with greats like Cody Dickinson, Cedric Burnside, Lightnin' Malcolm and Watermelon Slim.With the breakout success of 2019's Mississippi Blend - a record that broke into the Top 3 of the Billboard Blues Chart on three separate occasions - it seemed the world was Volt's for the taking, her seven-year transformation from Brussels busker to the adopted daughter of American roots gathering pace. Now, with One Woman Band, the journey takes a thrilling left-turn. If her apprenticeship on the mean streets taught Volt anything, it's that she already had everything she needed to make magic - and in March, she reconnected with that one-woman philosophy. "I started playing on a real drum set," she recalls. "Playing a kick, snare and hi-hat plus a tambourine with my two feet, while playing slide/guitar and singing at the same time."