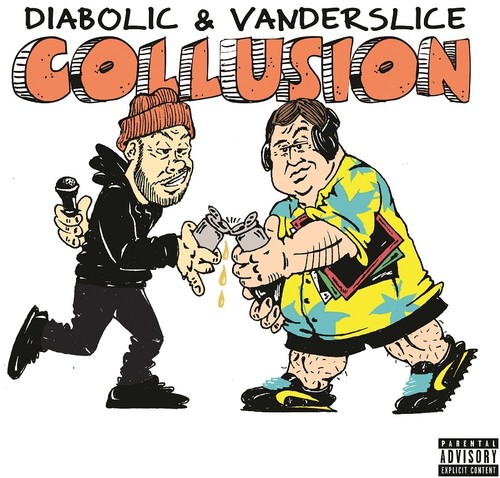 Vinyl LP pressing. Since the early aughts, rapper Diabolic and producer Vanderslice have moved in similar circles, so it was only a matter of time that they would join forces for a collaborative record. With the release of Collusion, that time is now, and it couldn't have arrived at a more perfect moment. The project eschews every trend and flash-in-the-pan style to create a record that's a must-listen for anyone who truly appreciates sharp lyricism and neck snapping production. In addition to battle-ready bars and neck-breaking production, the lyrics and album title of course reference the nation's current political climate. But the thing is, that wasn't intentional for either collaborator. "The 'political' topics I touch on are just hints of what's on my mind at the time" Diabolic explains. Adding to that, Vanderslice states: "You let the artist write and record whatever they want. It's my job to trim the fat and present it in it's absolute best light." With the fat trimmed and everything in place, we're left with one of the most noteworthy rapper-producer collaborations of the year.