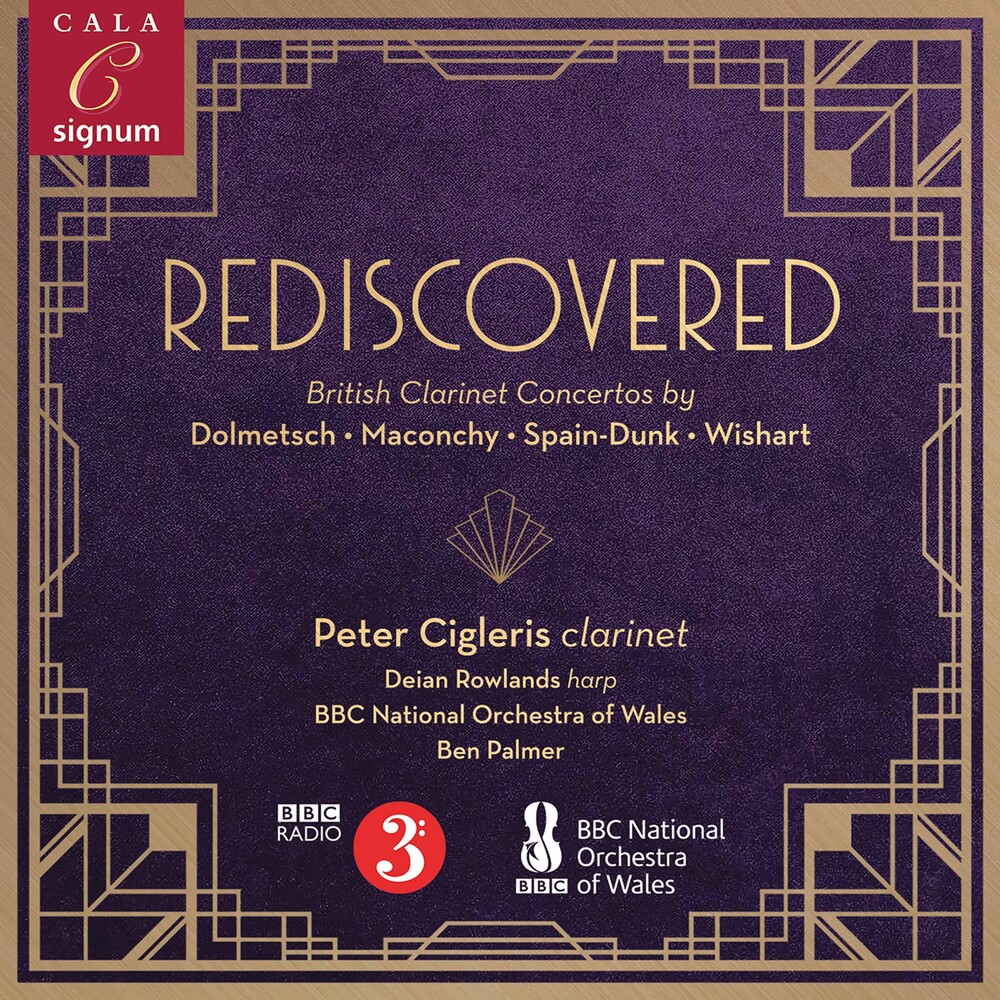 Peter Cigleris performs with the BBC National Orchestra of Wales in a programme of four 'rediscovered' clarinet concertante works of the first half of the 20th Century. Composed between 1930 and 1947, the works span a time of change in the musical landscape of Great Britain; Pre 1939/40 the two predominant styles within British music were those of Post-Romanticism and Nationalism, whereas Post 1945, with the influence of the BBC, Modernism became the dominant style. By chance it also happens that two prominent British clarinettists tie these four works together; Fredrick Thurston and Reginald Kell were both involved in performances of the works at various points during their careers. A renowned soloist and chamber musician, Peter Cigleris has performed with the CBSO, BBCCO, ENB, Philharmonic, Royal Ballet Sinfonia and Orchestra of the Swan, as well as for a time holding the principal seat with the Symphony Orchestra of India in performances under Charles Dutoit and Rafael Payare amongst others. He has worked with musicians such as Martin Cousins, John Lenehan, Mark Bebbington, Julian Lloyd Webber and the Tippett Quartet, performing for various music clubs and festivals around the UK including the Windsor and Wooburn Festival, English Music Festival, Carlisle International Music Festival, Groba Festival in Spain and the ICA 'ClarinetFest'.