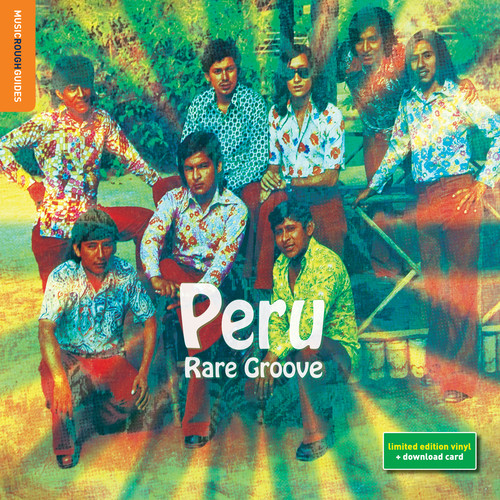 Peru is as varied and diverse in its regions, climates, and natural flora and fauna as it is in its people, history and culture. In terms of national popular dance music since the 1950s this compelling variety is equally evident. Several imported and subsequently customized strains of popular music tended to dominate the public’s taste: on the one hand genres with Caribbean origins from Cuba and Puerto Rico (as well as variants from New York and the Dominican Republic) such as mambo (massively popular since Pérez Prado’s debut there in 1951), son, bolero, merengue, salsa, descarga, and boogaloo, plus the equally influential cumbia, porro, pompo, and paseo from Colombia, and on the other, North American and European rock and soul, and to a lesser extent jazz, as well as later developments like funk and disco. Though a lot of press has been given in recent years to chicha and other domestic forms of cumbia in Peru, featuring certain popular groups of the type over and over, there has not been as much of a buzz on the country’s ‘other’ tropical music, the above-mentioned mostly Cuban-derived forms, or the rarer, more obscure tracks yet to be touted, and this collection aims to change this imbalance by featuring more of the former and digging deeper into the latter. In the golden era of Peru’s record and radio industry, musicians, composers and producers created their own variants of these foreign-born genres, most frequently to satisfy and attract their dancing public (often defined by race/class divisions) with something they could recognize and call their own, using these imported styles as building blocks to put their personal spin on what was generally termed (in the case of Latin dance music) música tropical bailable. Home-grown ingredients in the form of dances, melodies, and instrumentation from the panoply of Peru’s indigenous peoples (such as the huayno) as well as African and Spanish-influenced música criolla, Spanish flamenco and Brazilian carimbó, samba and baiăo all swirled together in the melting pot with imported tropical Afro-Caribbean or North American/European pop sounds to create an ambiance as competitive, creative, sophisticated and diverse as anywhere else at the time. As far as tropical music in Peru, visiting artists from Cuba, Colombia, Puerto Rico, New York, Venezuela, Brazil and Mexico were extremely popular as were their recordings. Everyone from Celia Cruz to Carlos Santana had their moment in Lima and elsewhere, oftentimes touching a cultural nerve that ran deep, sharing music that many peruanos felt a kinship with due to a similar colonial past and racial makeup. Interestingly, unlike the music of Cuba, Mexico or Colombia, it is not until recently that Peru’s rich tropical golden grooves have been mined properly for wider global audiences to enjoy. The amazing thing is this historical treasure trove seems to be a nearly inexhaustible resource, as this collection showcases a lot of music not on other recent samplers. Though Peruvian musicians have made almost exact copies of popular foreign tunes, several “standards” of tropical music originally come from Peruvian authors and performers, though a foreign cover version may be the most well known. From ‘Todos Vuelven’ and ‘Toro Mata’ (made famous by Rubén Blades and Celia Cruz respectively) to ‘Macondo’ (inspired by García Márquez’s 100 Years of Solitude and covered countless times internationally) and ‘Colegiala’ (a mega-smash for Colombia’s Rodolfo y su Típica but originally by Walter León’s Los Ilusionistas), Peru has supplied hits for the world of salsa and cumbia time and time again. Several recent collections have featured the originals, and here for example we present the song that launched a hundred iterations, Johnny Arce’s ‘Macondo’.