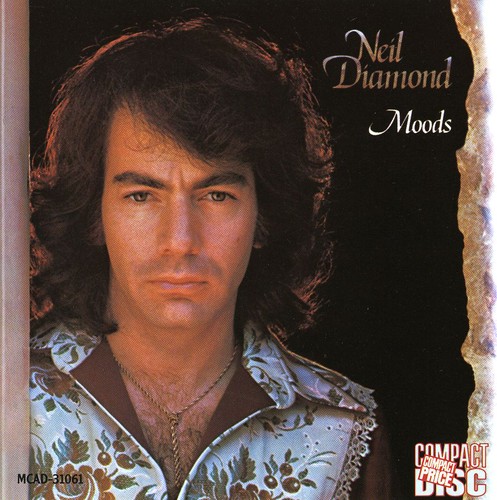 ''Moods'' is a studio album performed by Neil Diamond. It was released in 1972. All songs on the album were written by Diamond. This album contained the second of his number one songs, "Song Sung Blue", and was something of a follow up in style to the highly experimental ''Tap Root Manuscript''.

''Billboard'' praised ''Moods'' highly, saying it contained "brilliant, diversified material." This album, and its follow up live album ''Hot August Night'', are generally acknowledged to be the two most important recording projects of Diamond's career in terms of defining his signature sound for the future. Within the music industry and among music professionals this is considered one of Diamond's better and more creative recordings. Lee Holdridge was the arranger and conductor of the orchestra. - Wikipedia