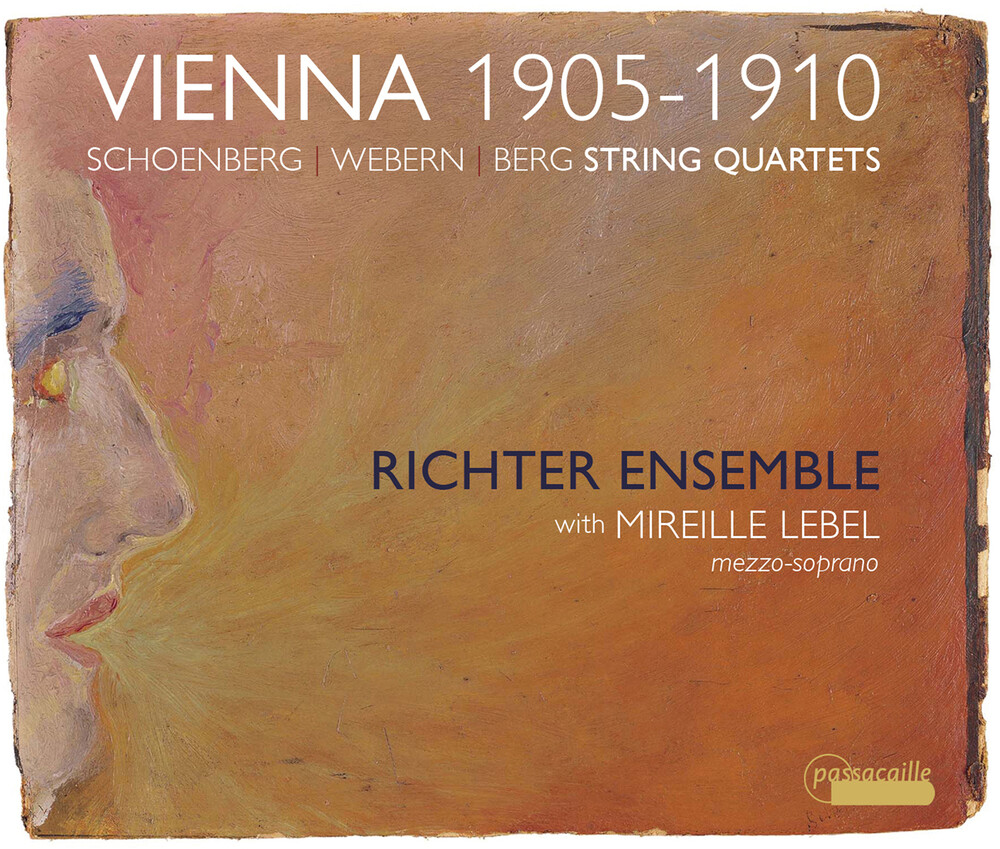 The Richter-Ensemble plays music from the 17th to the 20th century exclusively on gut strings and uses it's experience with historical performance practice to sharpen the sense for the development of musical language over the centuries. It is passionately dedicated to the music of the Second Viennese School and, based on it's research, has decided that the time is ripe to take the perception of this music in a new direction, on the path of rediscovery and recapture not only of it's modernity but also of it's connections to the past. For this reason, the musicians have initiated a project to record the complete string quartet works of the Second Viennese School, to place them in a historical context and to combine them with unusual works by other composers. Their first production is called Wien 1905-1910 and contains music by Webern, Schönberg and Berg: Webern's Slow Movement, Schönberg's String Quartet No. 2 with mezzo-soprano (as originally intended!) and Berg's Opus 3. This approach captures a completely different palette of sounds and reveals a romantic language and nuances that are often overlooked in sometimes strictly modern string quartets with their metal strings. As a result, accessing these works is less of a challenge for the listener.