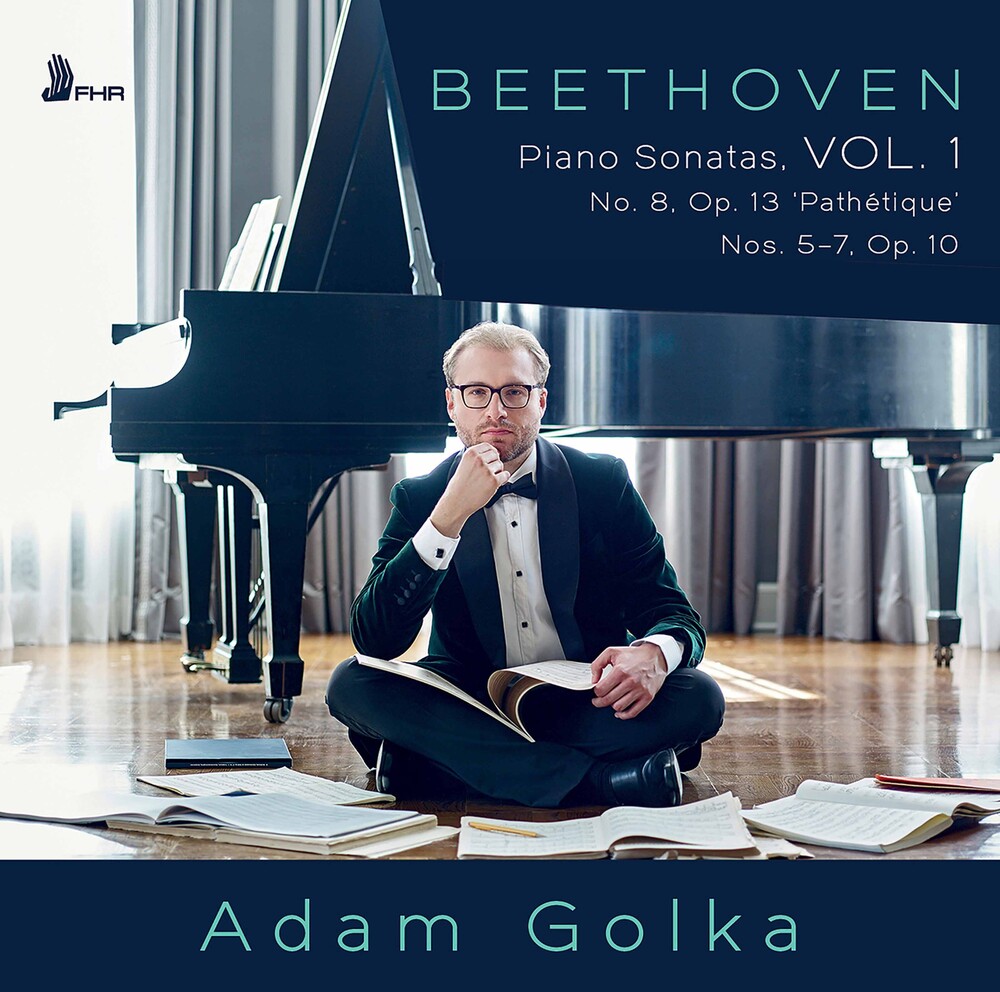 Adam Golka's third album for FHR begins a wonderful journey in which he records all of Beethoven's 32 Piano Sonatas. This first volume, released in Beethoven's 250th anniversary year, includes one of the composer's most celebrated works, the 'PathĂ©tique' Sonata in C minor, alongside the contrasting Sonatas, Op. 10. All four sonatas were written 1796-98. Since first self-presenting and performing Beethoven's 32 Piano Sonatas at the age of 18, Adam Golka has immersed himself in studying the master's works. He has studied Beethoven under the guidance of masters such as Leon Fleisher, Alfred Brendel, Sir AndrĂˇs Schiff, Murray Perahia, and Ferenc Rados. In 2011, Adam performed a cycle of all five Beethoven Piano Concertos with the Lubbock Symphony, with his brother Tomasz at the baton, and last summer, he made his San Francisco Symphony dĂ©but at the Stern Grove Festival in Beethoven's Fourth Piano Concerto. He will celebrate Beethoven's 250th birthday in 2020 by playing the whole cycle of Beethoven's 32 Piano Sonatas in multiple cities, which includes a self-produced video series named 32@32, made in collaboration with filmmaker Zac Nicholson and designed to be part of the concert experience.