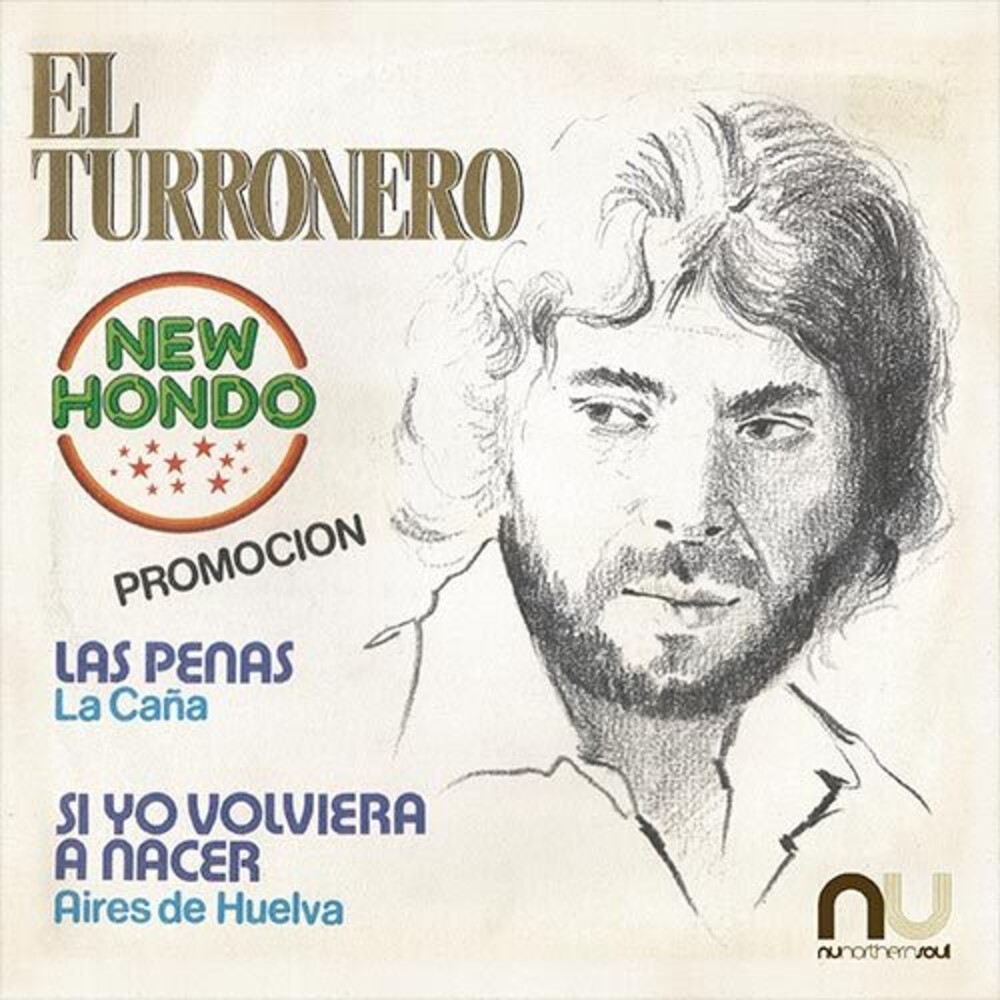 Those who pay close attention to DJ Harvey's sets should already be familiar with NuNorthern Soul's next single, a fully licensed reissue of a sought-after 1980 promotional seven-inch from legendary Spanish Flamenco singer Manuel Mancheno Pena, better known as El Turronero ('The Nougat'). Both 'Las Penas' and 'Si Yo Volviera A Nacer' have long been secret weapons in the sets of dusty-fingered Balearic DJs, with Harvey regularly dropping the tracks during his sessions at Pikes Hotel on the White Isle. Both tracks first appeared on Pena's 1980 album New Hondo, a set that updated the then veteran Flamenco artist's sound for the disco era. Whereas most of his previous albums were more traditional Flamenco affairs, New Hondo combined his throaty, effervescent Flamenco singing style with the driving grooves, swooping orchestration and spacey synthesizer sounds of European disco. To promote the album, Spanish label DB Belter pressed up a promotional '45' featuring two of the most club-friendly cuts on the album. It's this release that is being reissued for the very first time by NuNorthern Soul. A-side 'Las Penas' is undoubtedly an off-kilter, late-night disco classic. Built around a flanged, action-packed disco-funk bassline, metronomic beats. Soaring and layered female backing vocals, intergalactic synth sounds and stirring strings, the track steps up a level when 'El Turronero' takes to the microphone to belt out an infectious, energetic vocal in his trademark Flamenco style. It's the kind of cut that's as haunting and intoxicating as it is funky and floor friendly. Flipside 'Si You Volviera A Nacer', another of New Hendo's most sought-after tracks, is another unique and righteous concoction. Looser, groovier and warmer in tone, it sees another sublime, Flamenco style lead vocal from Pena accompanied by even funkier bass, spiraling '70s synthesizer sounds, sweaty drums and some seriously exotic instrumental flourishes (think sitar and kalimba). It's every bit as alluring as the more driving A-side, and equally as playable. Both tracks may be unusual in comparison to the artist's other releases, but they expertly capture a moment in time, when disco dominated dancefloors all over the world and inspired even the most traditional and historic of European musical styles. Quite a number of flamenco-disco records were made in Spain during the late '70s and early '80s, but very few are quite as magical as these.