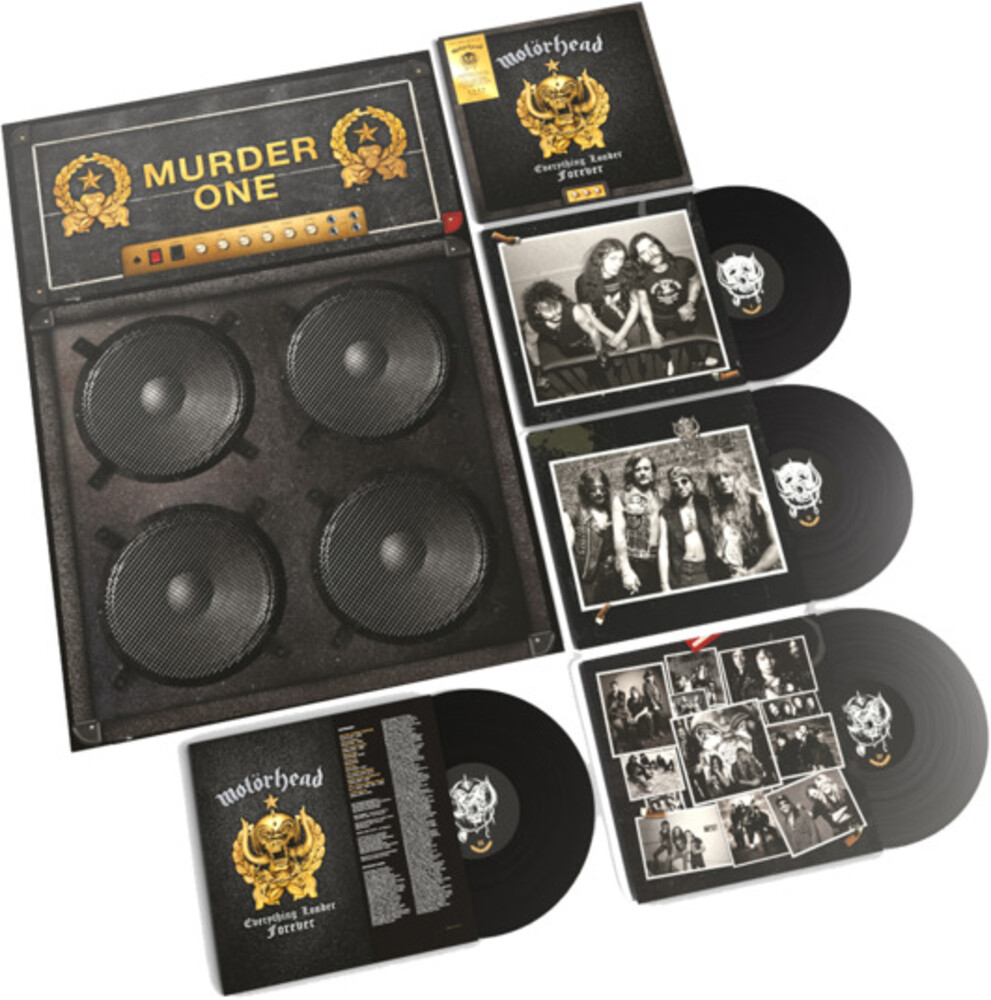 Everything Louder Forever - The Very Best Of
Artist: Motorhead
Format: Vinyl
New: Not in stock
Wish

Everything Louder Forever - The Very Best Of (4LP) - MotĂ¶rhead are the true embodiment of rock n'roll excess. A hybrid of punk, rock and heavy metal played with relentless, ear-curdling power. They were a force of nature and nothing short of life-changing for millions, their approach to life and music; there was no "off" switch and they became legends as a result. Fronted for their entirety of their career by Ian 'Lemmy' Kilmister, they released twenty two studio albums over their 40 years together. Amassing chart topping records, a Grammy award and racking up 15 million worldwide sales. Their signature song, Ace Of Spades perfectly captured everything great about hard rock, heavy metal, and punk, amped it all up to 11, and came racing out of the gates at what felt like a million miles an hour, pushing at every musical boundary. Nothing was harder. Nothing was faster. And certainly nothing was louder. Anyone disputing this fact need look no further than any heavy metal gig and play 'spot the MotĂ¶rhead T-shirt and jacket', they still outnumber anyone else, hands down. MotĂ¶rhead has truly become a lifestyle for several generations of rockers, metalheads, punks, bikers, athletes, rebels, outcasts, and freethinkers all around the world. Few bands in modern history can instantly ignite the adrenaline of music fans the way they can, they changed the course of hard rock... forever. This Very Best Of compilation is the very first, spanning their entire career.
back to top