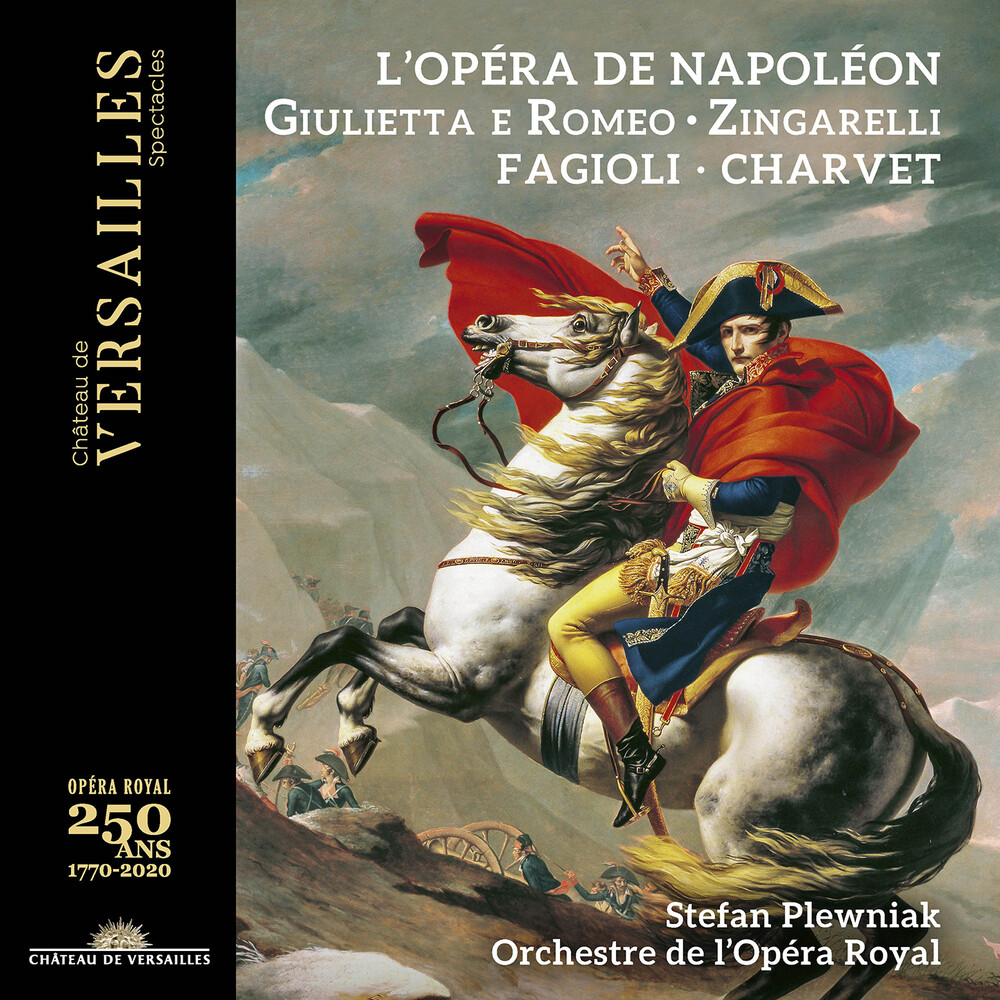 Napoleon was intensely enthusiastic about opera. The conquering music lover called for the young Italian star, the contralto Giuseppina Grassini, and the most magnificent castrato: Girolamo Crescentini to perform for him. He was the only singer to move the Emperor to tears. Crescentini was invited to France from 1806 to 1812. He sang at glorious evening performances at the Tuileries Imperial Chapel with Grassini, named First Cantatrice to His Majesty the Emperor - and his mistress. Napoleon had an incredible passion for Italian opera, as shown by the 143 Italian soloist concerts given at the Court between 1810 and 1815! Zingarelli's Giulietta e Romeo opera was a major performance given by Grassini and Crescentini. It was created at the Scala en 1796 and performed several times in Paris before Napoleon by his two favorite singers. "They make heroism burst forth in me", Napoleon would say. Franco Fagioli and AdĂ¨le Charvet revive the pair of Empire stars in a selection of the main acts of Zingarelli's opera - completely forgotten today whereas it was a triumph throughout Europe for three decades - thanks to a splendid Bel Canto: this is Napoleon's Opera!
back to top