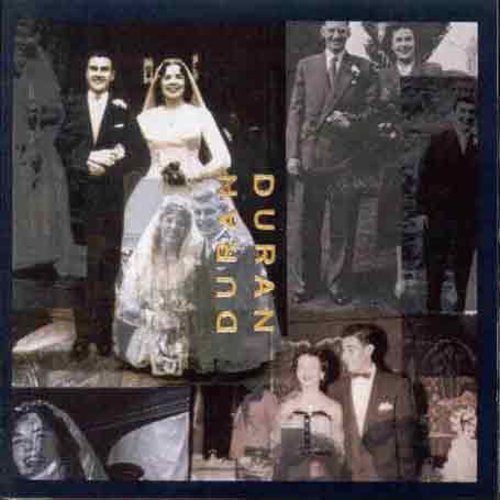 ''Duran Duran'' (commonly known as ''The Wedding Album'') is the seventh studio album and the second self-titled album by Duran Duran, released on February 23, 1993. The cover art by Nick Egan features wedding photos from the parents of the four band members.

Recording of the album was completed in early 1992 with an impending release by Capitol Records in the U.S.A. Duran Duran's new management company, Left Bank, was distressed at the apparent lack of enthusiasm for the album and had it pulled from the release schedule. During this hiatus, the band began working on what would become the ''Thank You'' album, and a Warren Cuccurullo-derived riff of "First Impression" led to the rapid inclusion of the song "Come Undone".

The swift commercial and critical success of this album came as a surprise to many who considered Duran Duran to be a purely "eighties" phenomenon who had already faded to oblivion. It hinged on the adult contemporary singles "Ordinary World", which was forced onto radio playlists months earlier than planned by listener demand for the leaked single, and "Come Undone", a slinky number primarily written by Cuccurullo. Some critics seemed to consider the band as a modern act for the first time, and to re-evaluate their back catalog as deeper and more significant than that of a throwaway "teeny-bop" band.

Both the band and the record label seemed to be caught by surprise by the sudden success. Bassist John Taylor, who had begun recording solo material on the side and was considering leaving the band, agreed to stay instead. In 1994, to commemorate their UK tour, the album was reissued with a second disc of b-sides and remixes. - Wikipedia