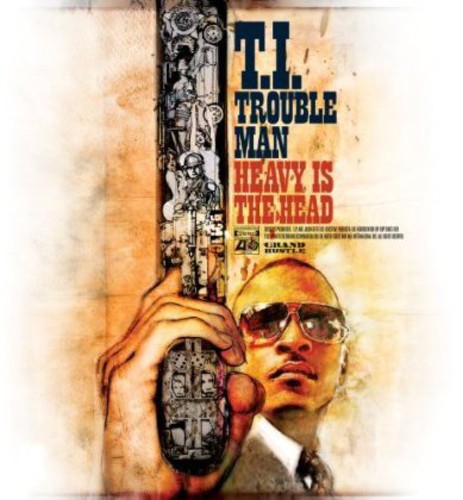 CLEAN. 2012 album from the Hip Hop superstar. Trouble Man boasts a sterling guest list of names such as R. Kelly, CeeLo Green, Andre 3000, Pink and production from longtime collaborators Pharell and DJ Toomp. Anyone doubting that a black man as wealthy and diversely accomplished as T.I. can still be an motivational voice for the disenfranchised in a recession-struck America, need to consume his singles: The T-Minus-produced single "Go Get It" and Lil Wayne featured "Ballin'." And those with the baseless notion that the Trouble Man is too removed by Hollywood to channel the Rubberband Man need just one listen of the electric "Trap Back Jumpin'" to relearn the truth. Then again, all aforementioned disbelievers are most likely the same folks who didn't believe the Southern crown would land in Bankhead, Atlanta.