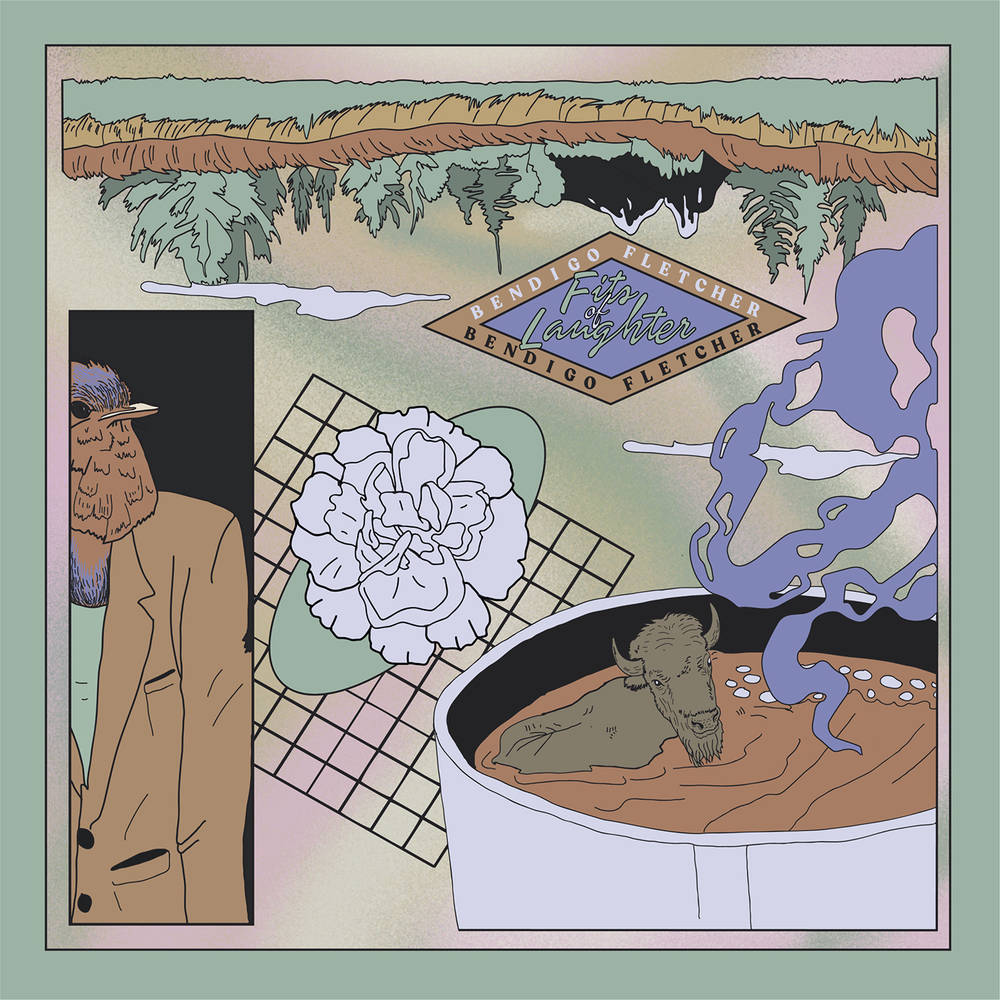 Louisville, KY's Bendigo Fletcher have announced they will release their debut studio album Fits of Laughter on Elektra Records. On Fits of Laughter, frontman Ryan Anderson crafts the patchwork poetry of his lyrics by serenely observing the world around him. When matched with the band's gorgeously jangly collision of country and folk-rock and dreamy psychedelia, the result is story-songs graced with raw humanity, wildly offbeat humor, and a transcendent sense of wonder. For help in forging the album's ragged elegance, Bendigo Fletcher worked with producer Ken Coomer (original drummer for Wilco and Uncle Tupelo), laying down the album in nine frenetic days. The album bears an undeniable immediacy, thanks in part to the band's decision to limit the tracklist to eight essential songs (a move largely inspired by extraordinarily lean and iconic albums like Television's Marquee Moon).