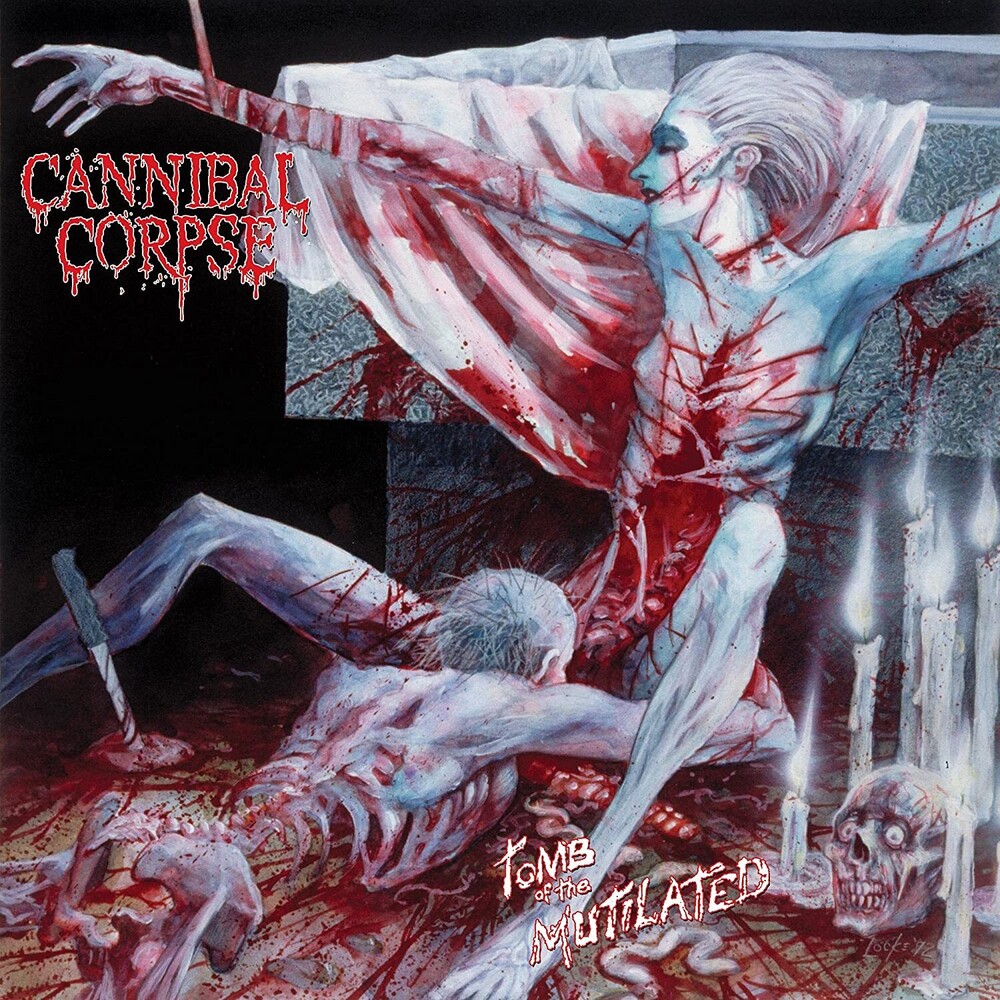 Limited red colored vinyl LP pressing. 1992 release, the third album from the Death Metal band, Tomb Of The Mutilated was their last album to feature founding guitarist Bob Rusay. The album was banned in Germany, due to the violent cover and the extreme nature of the lyrics.